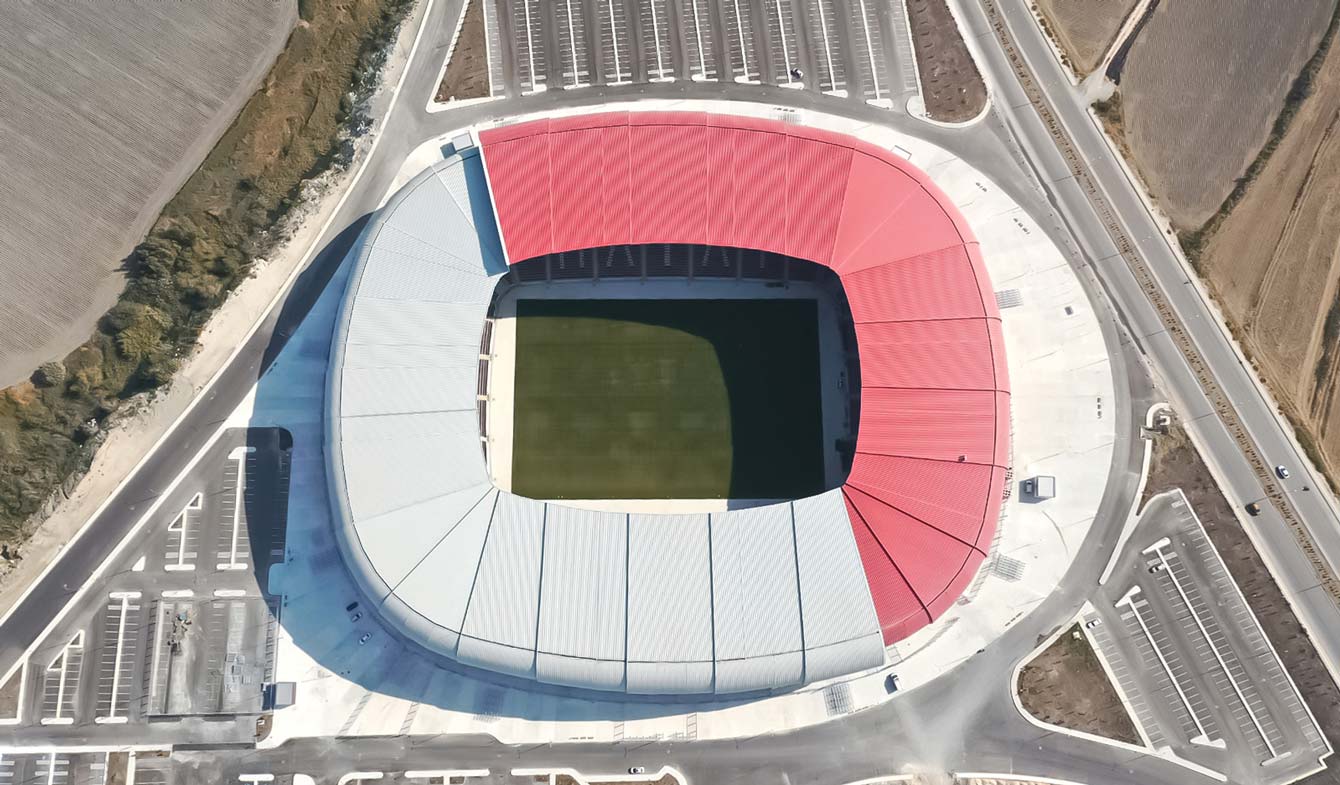 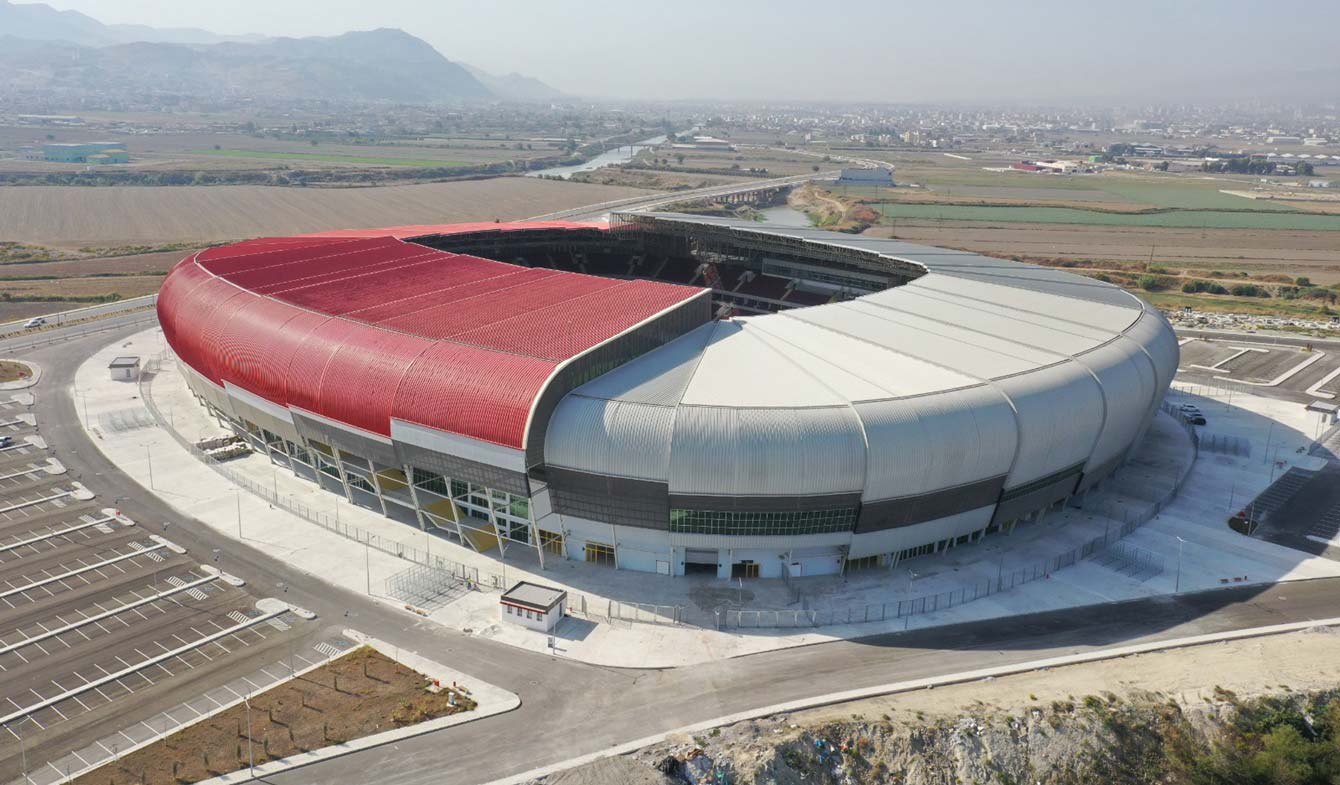 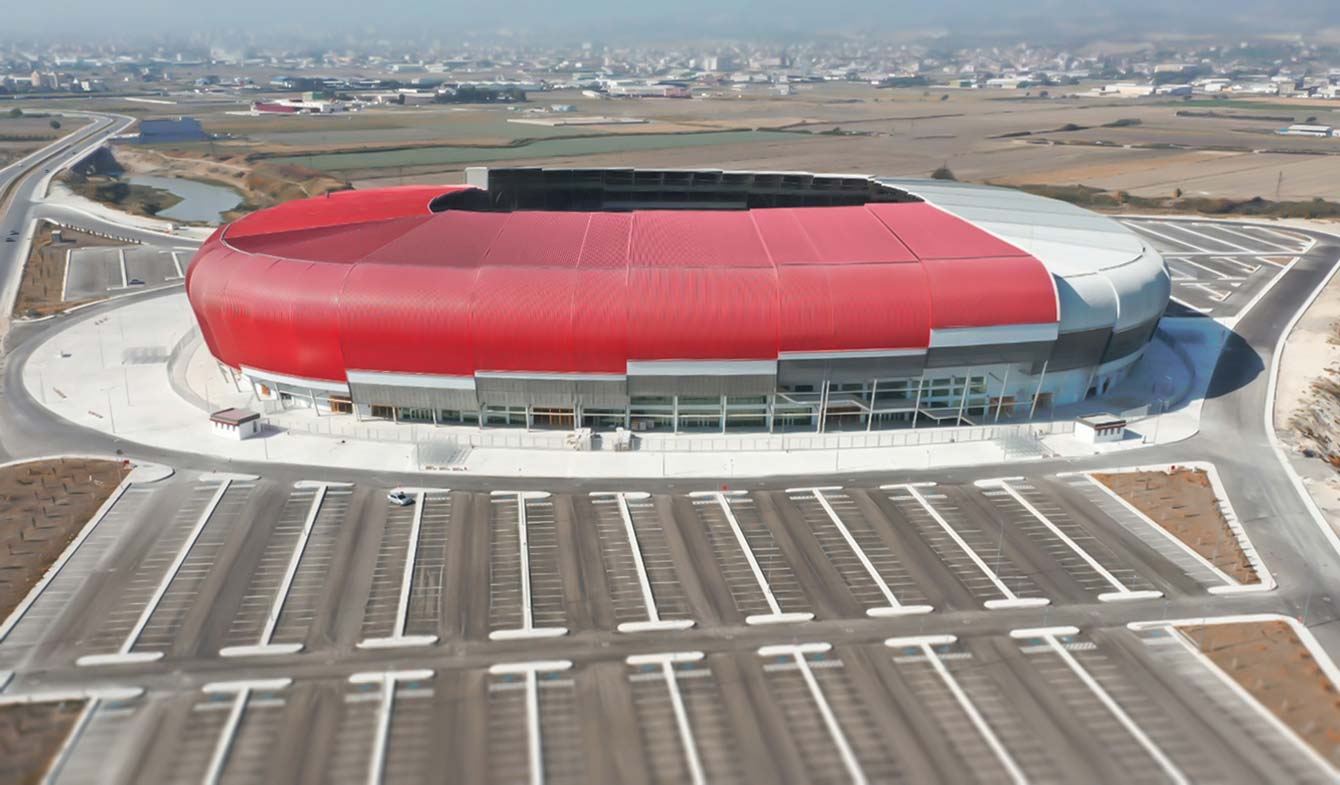 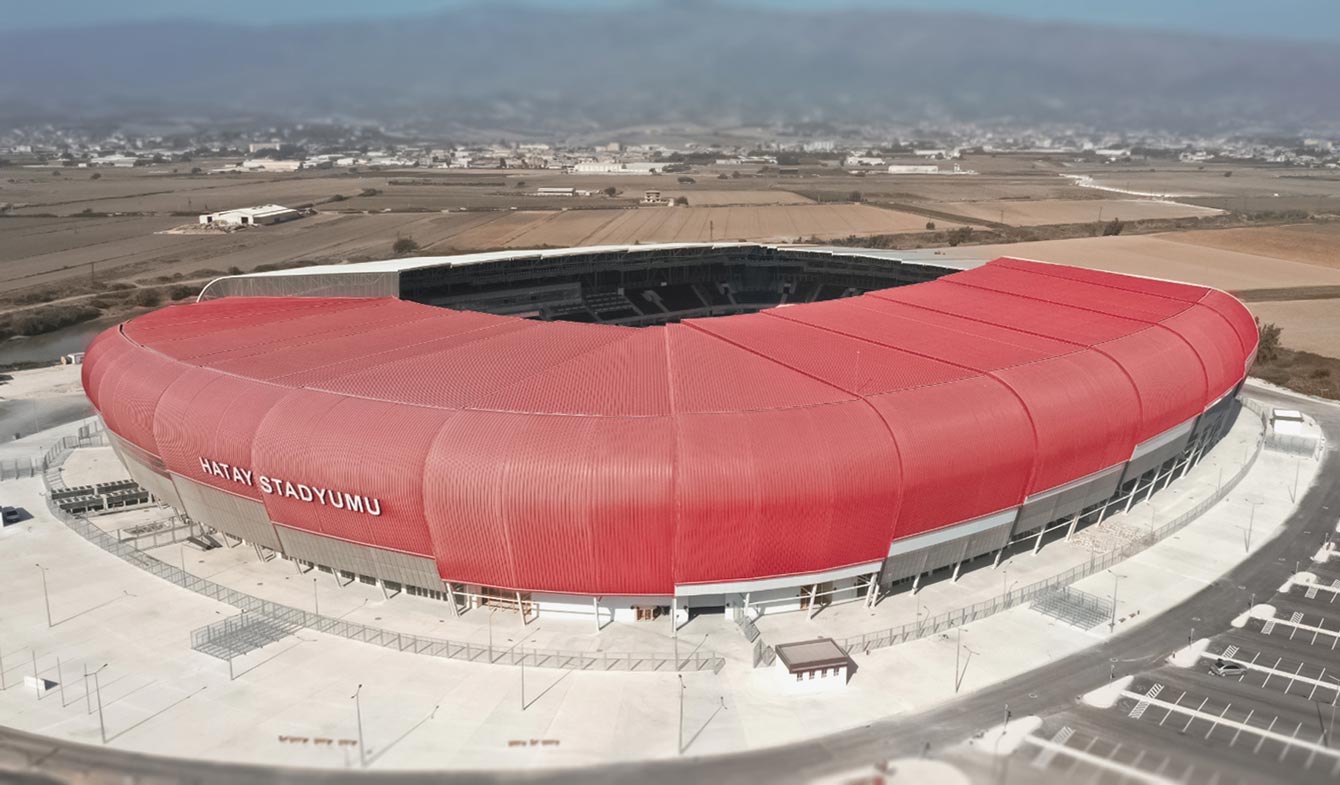 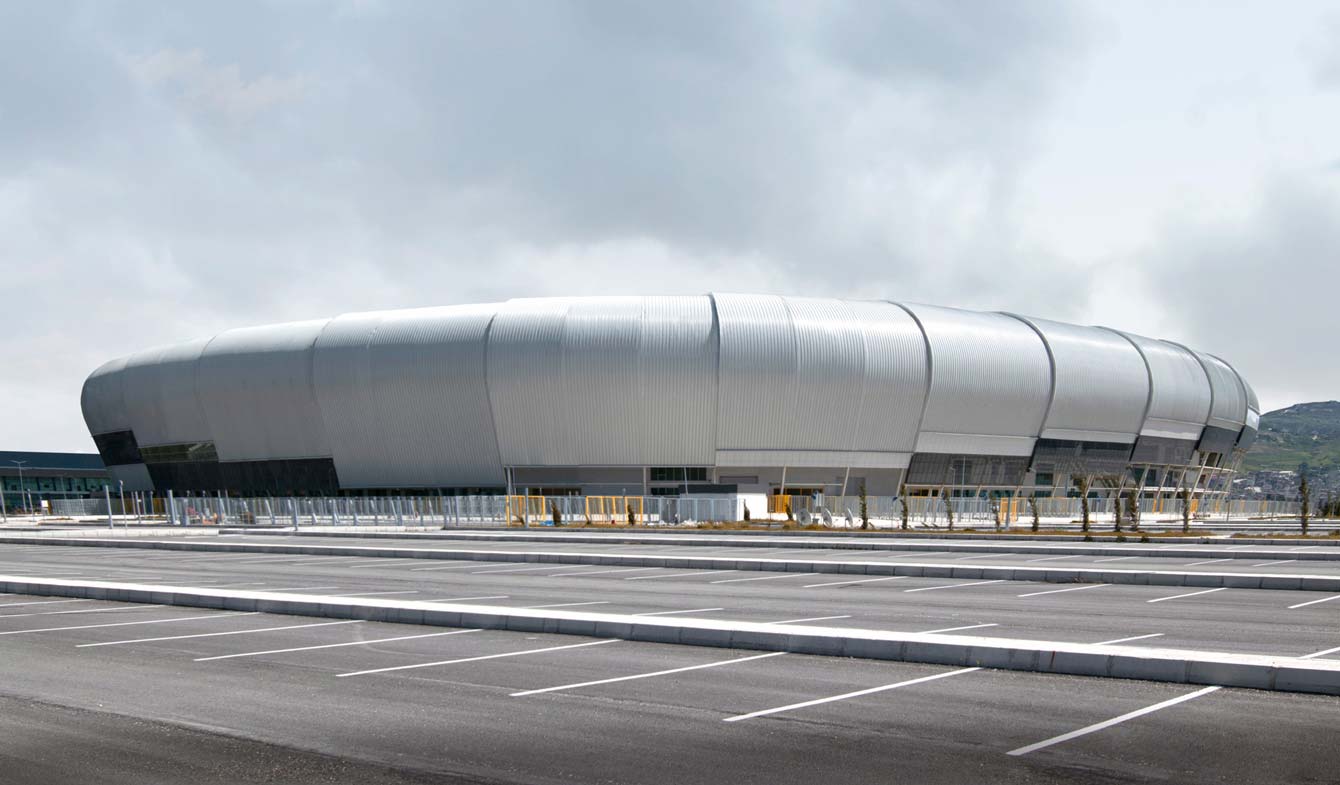 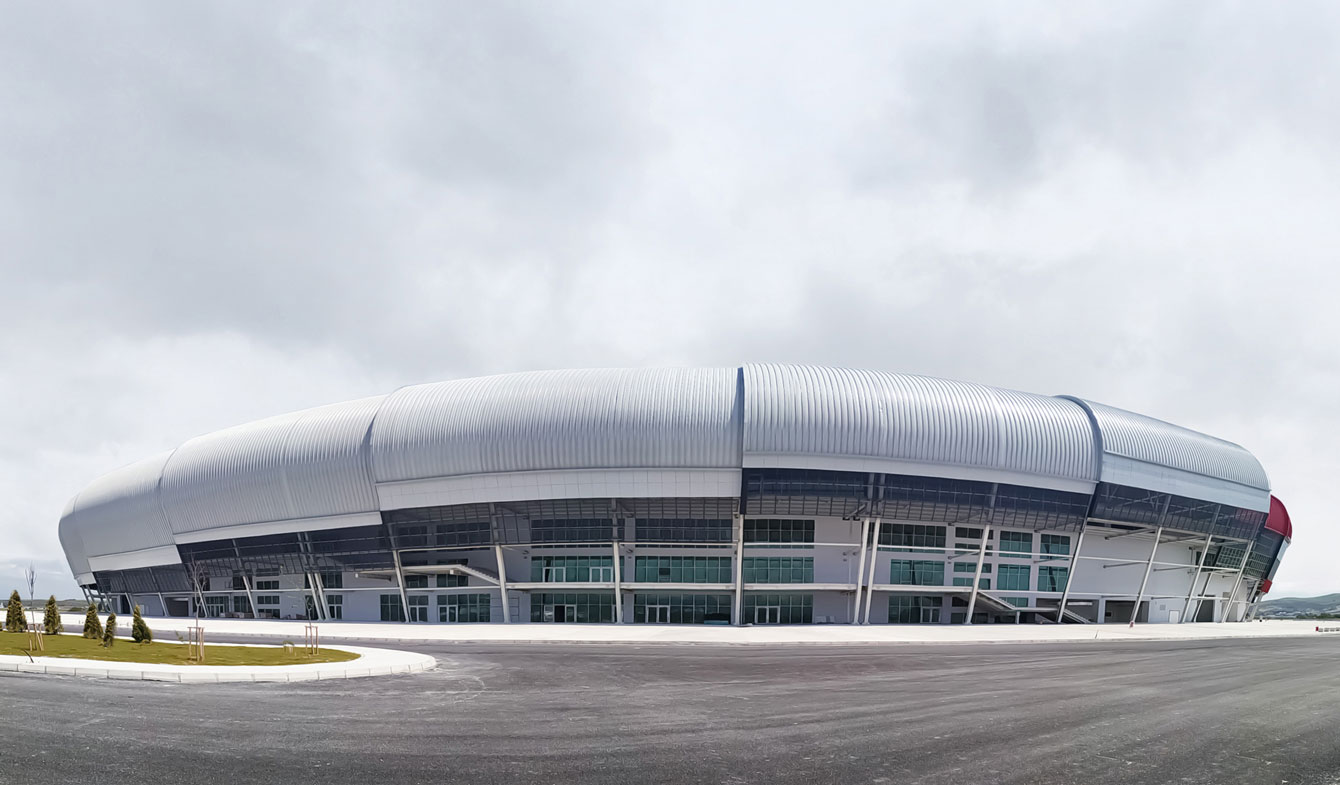 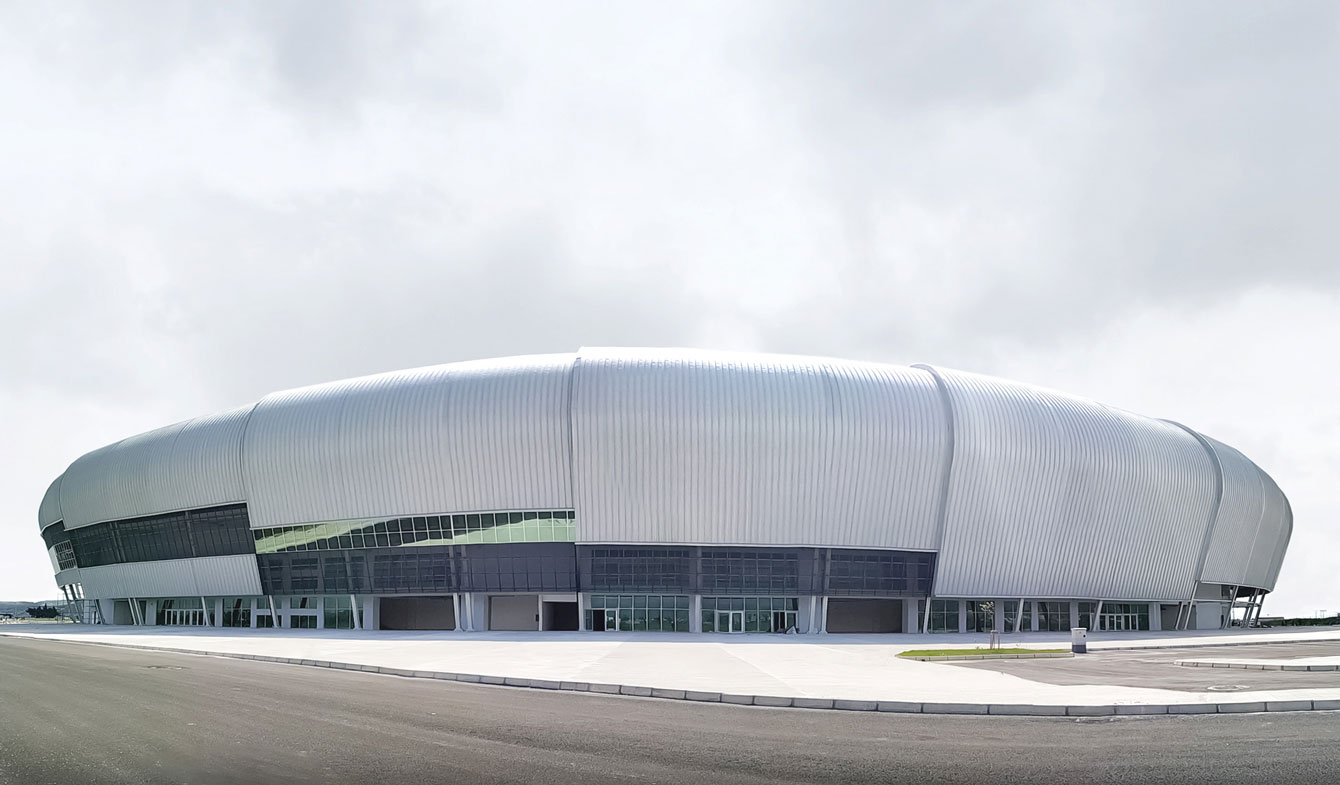 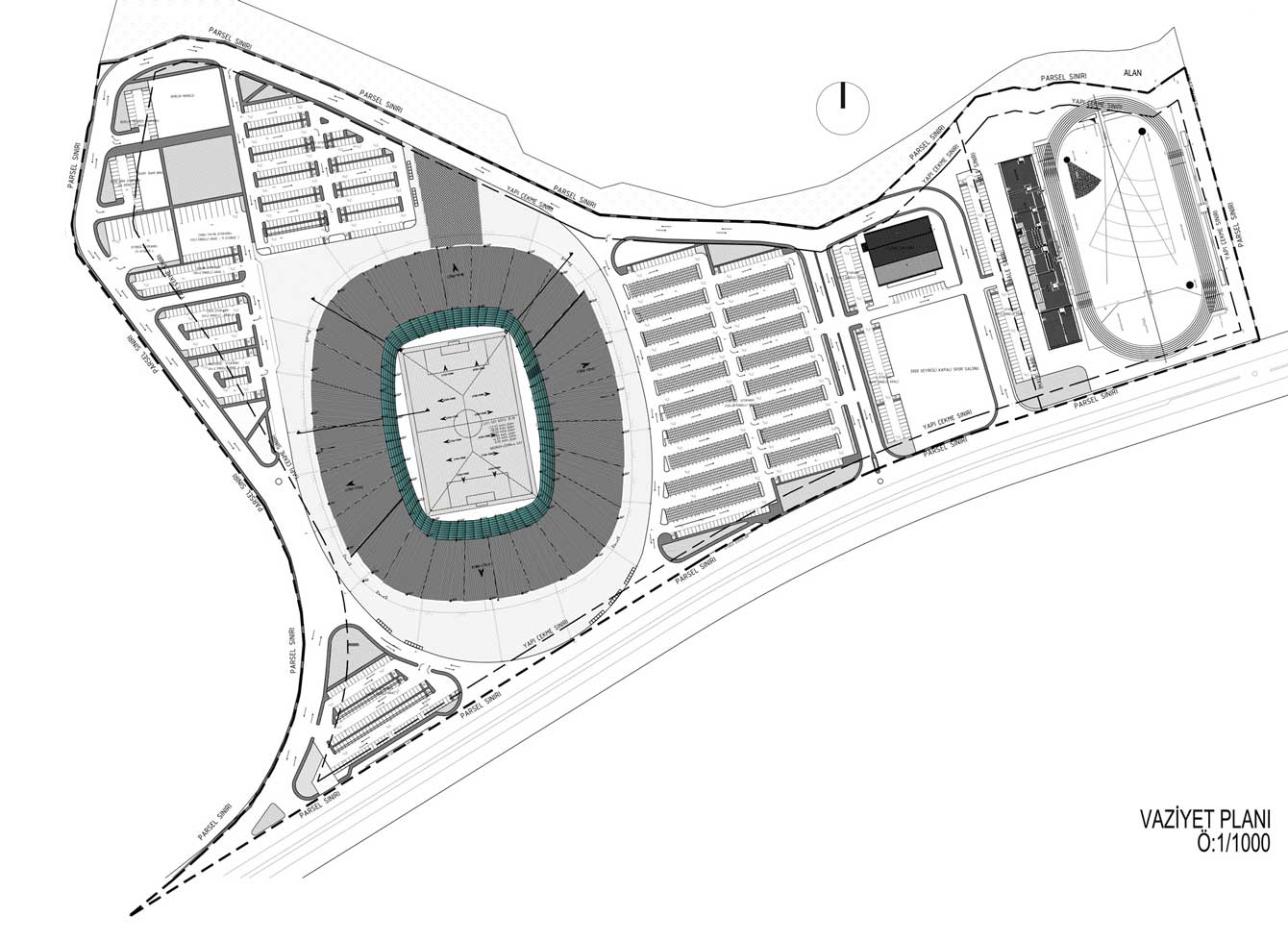 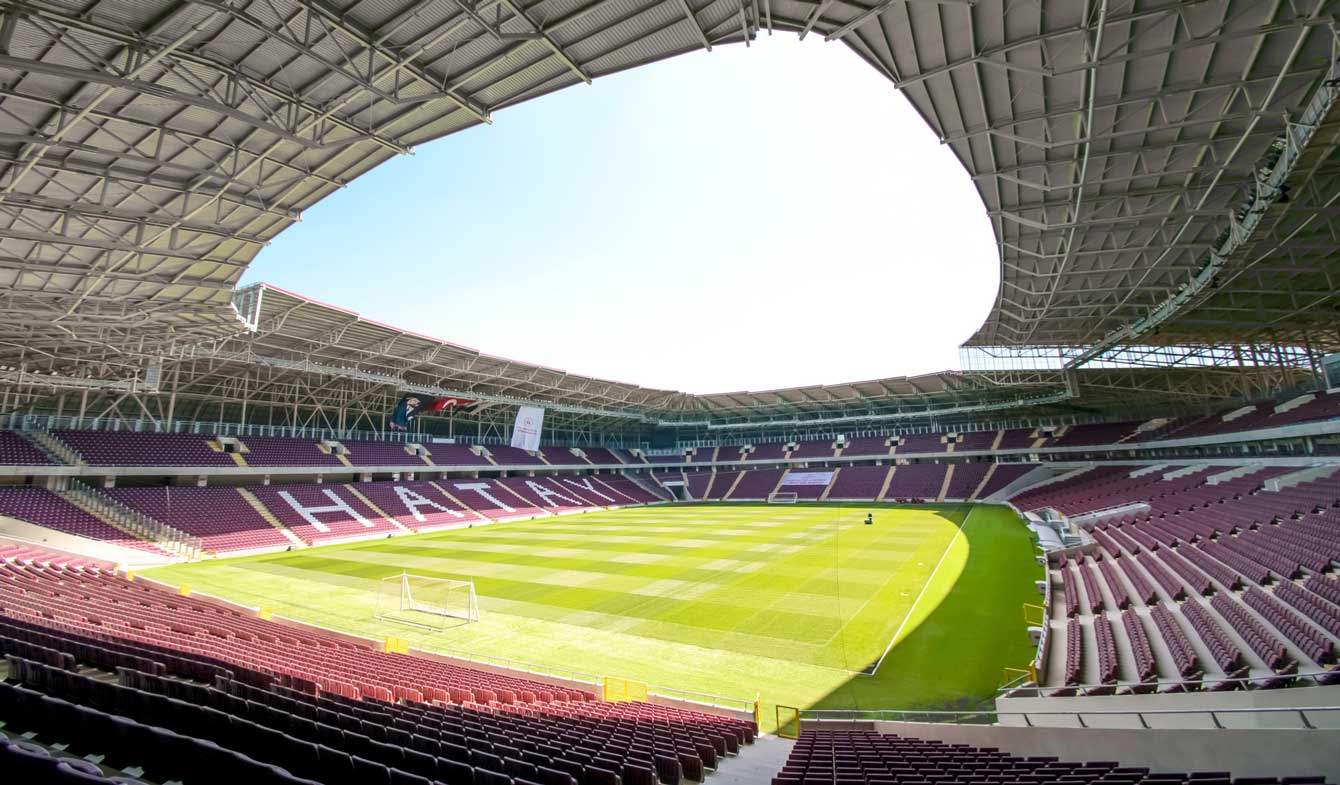 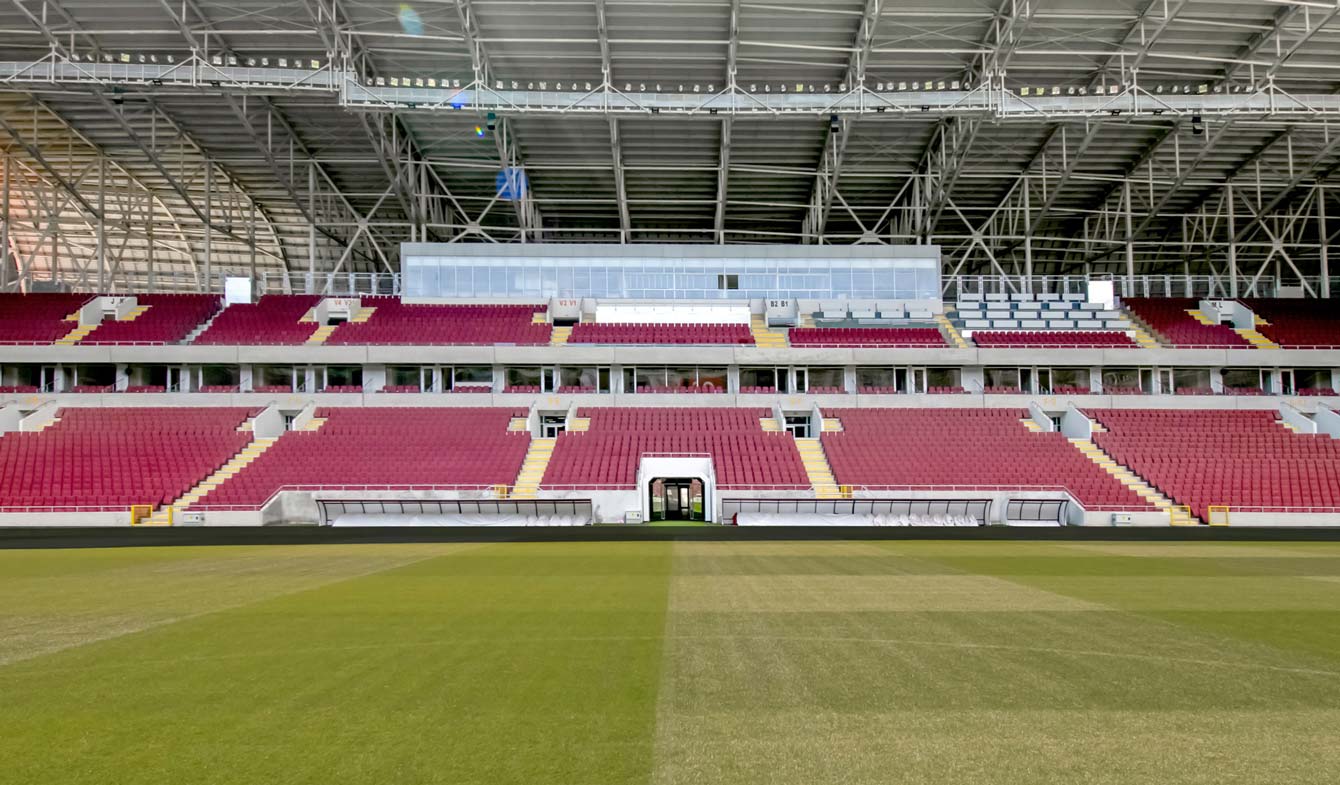 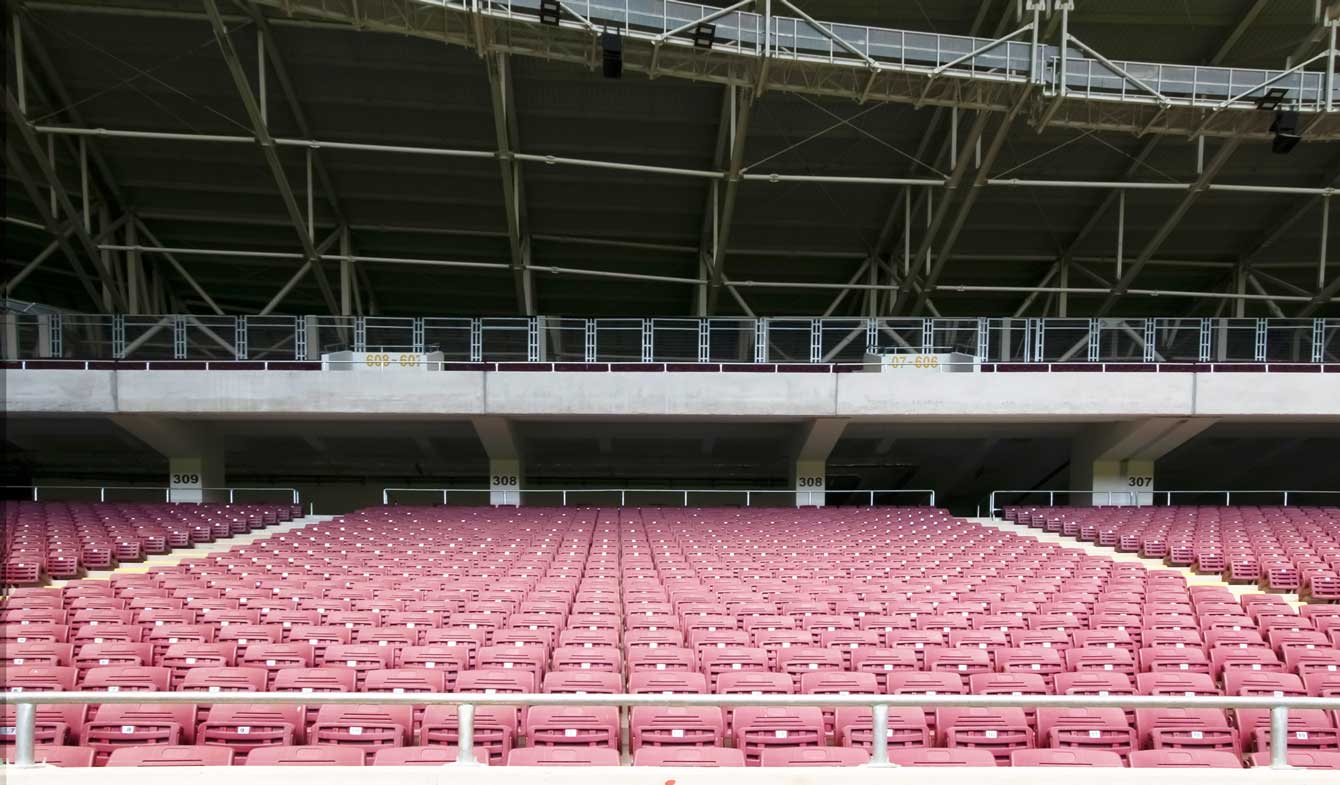 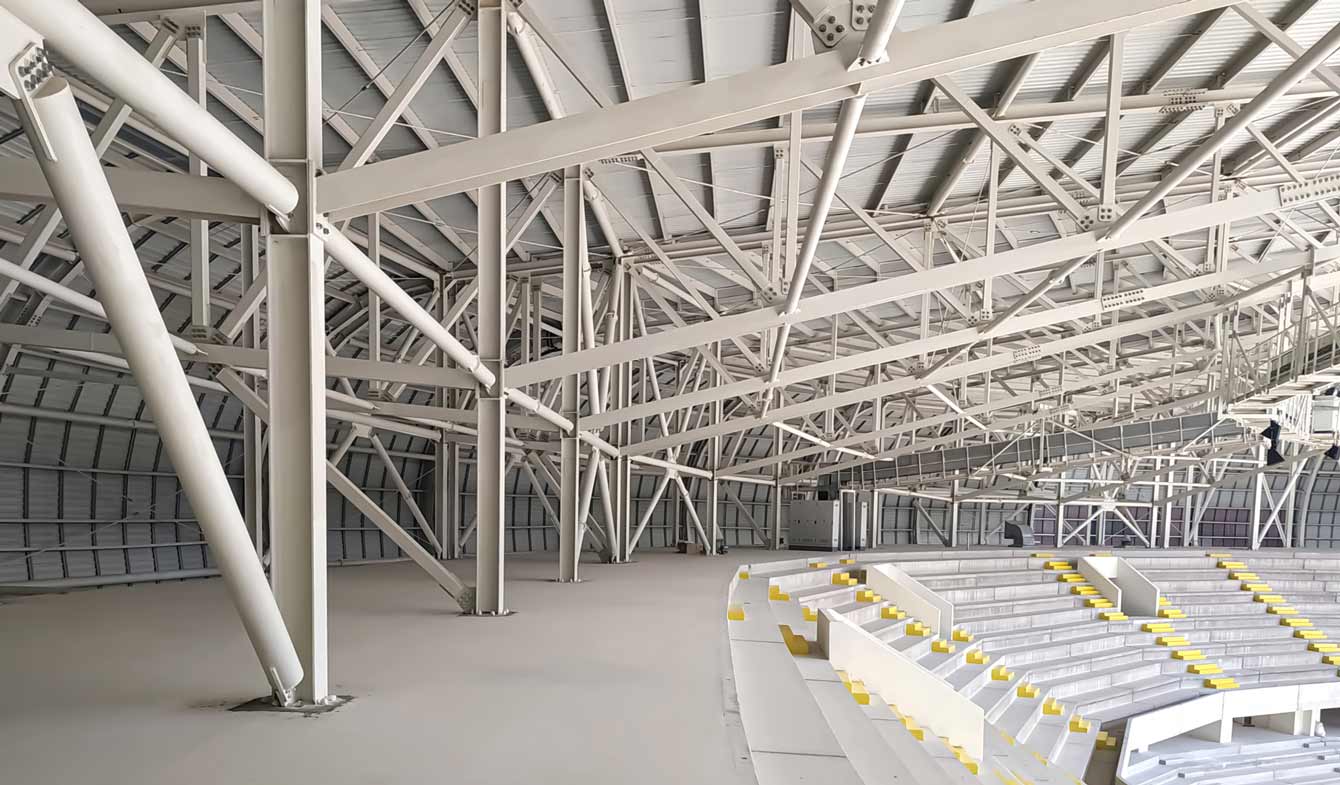 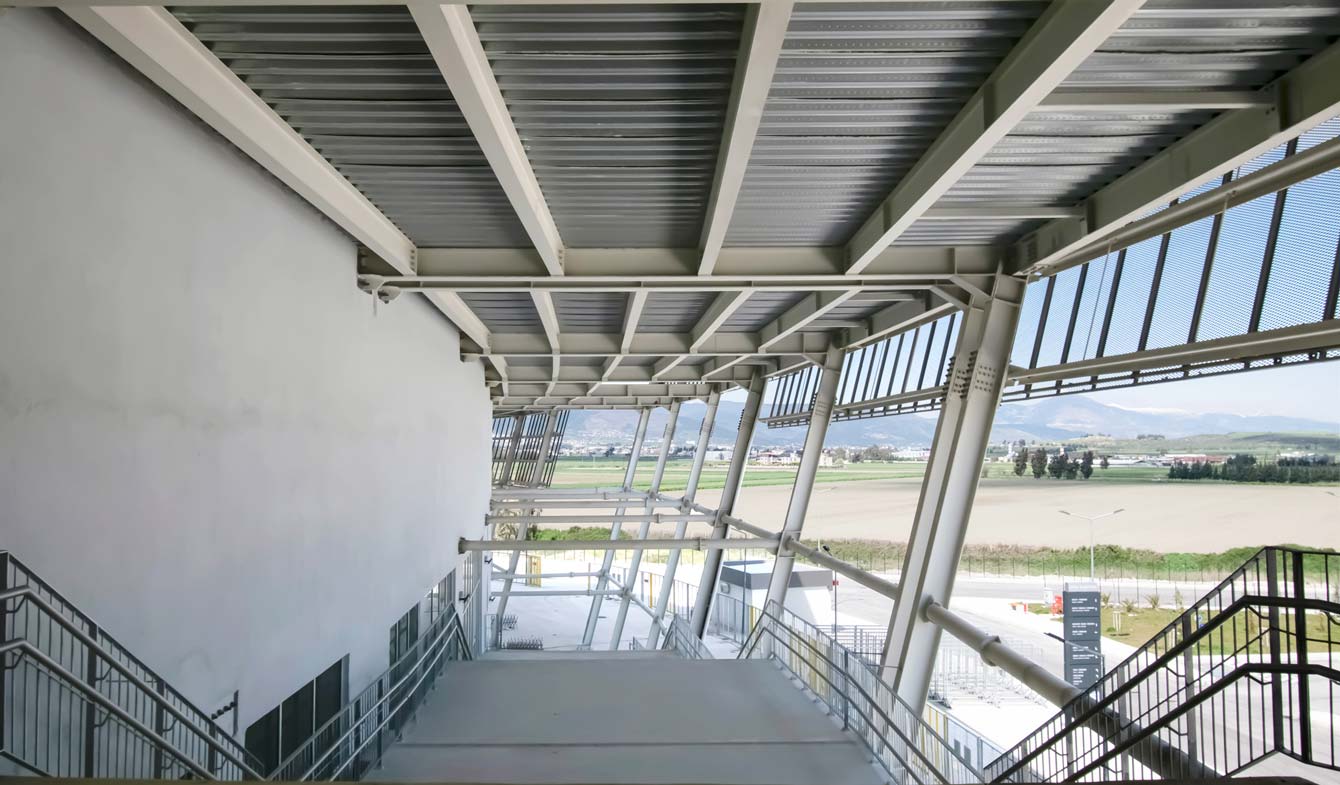 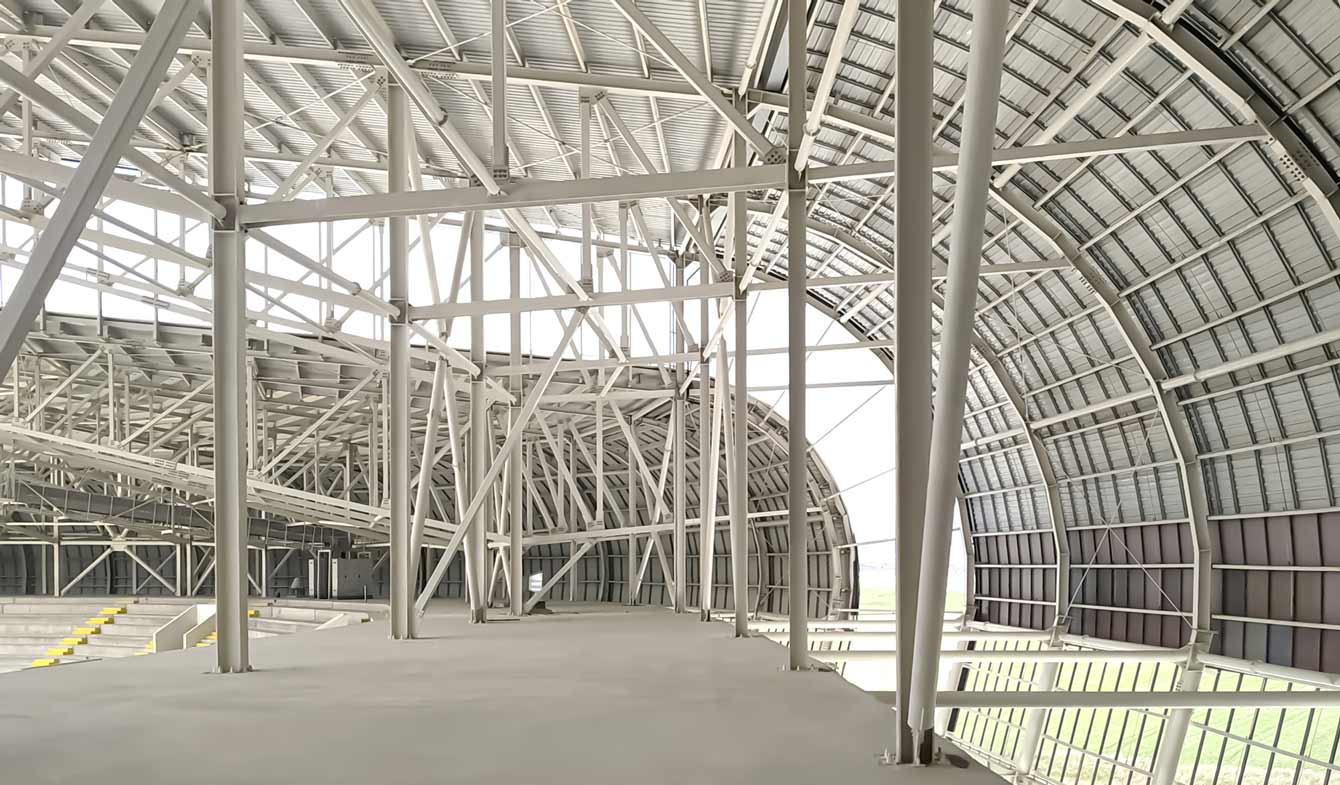 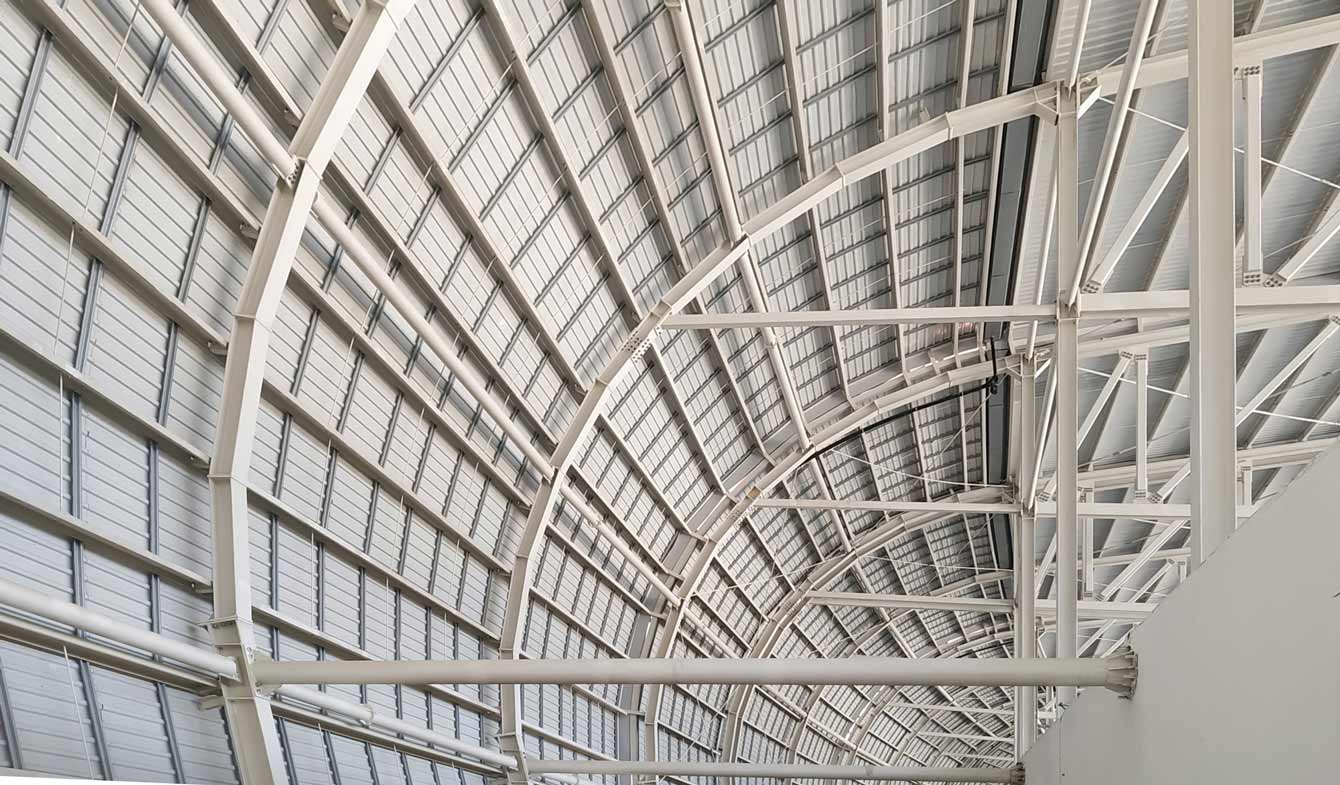 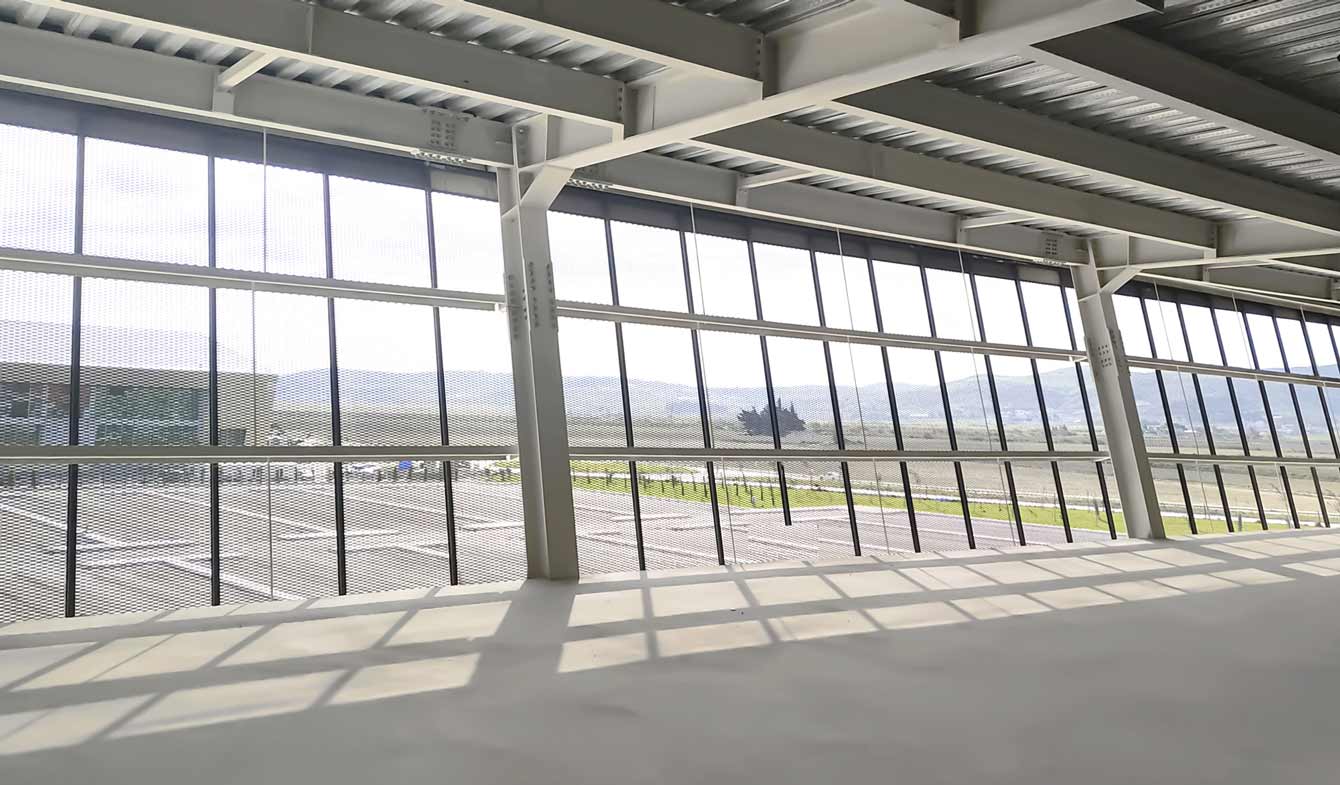 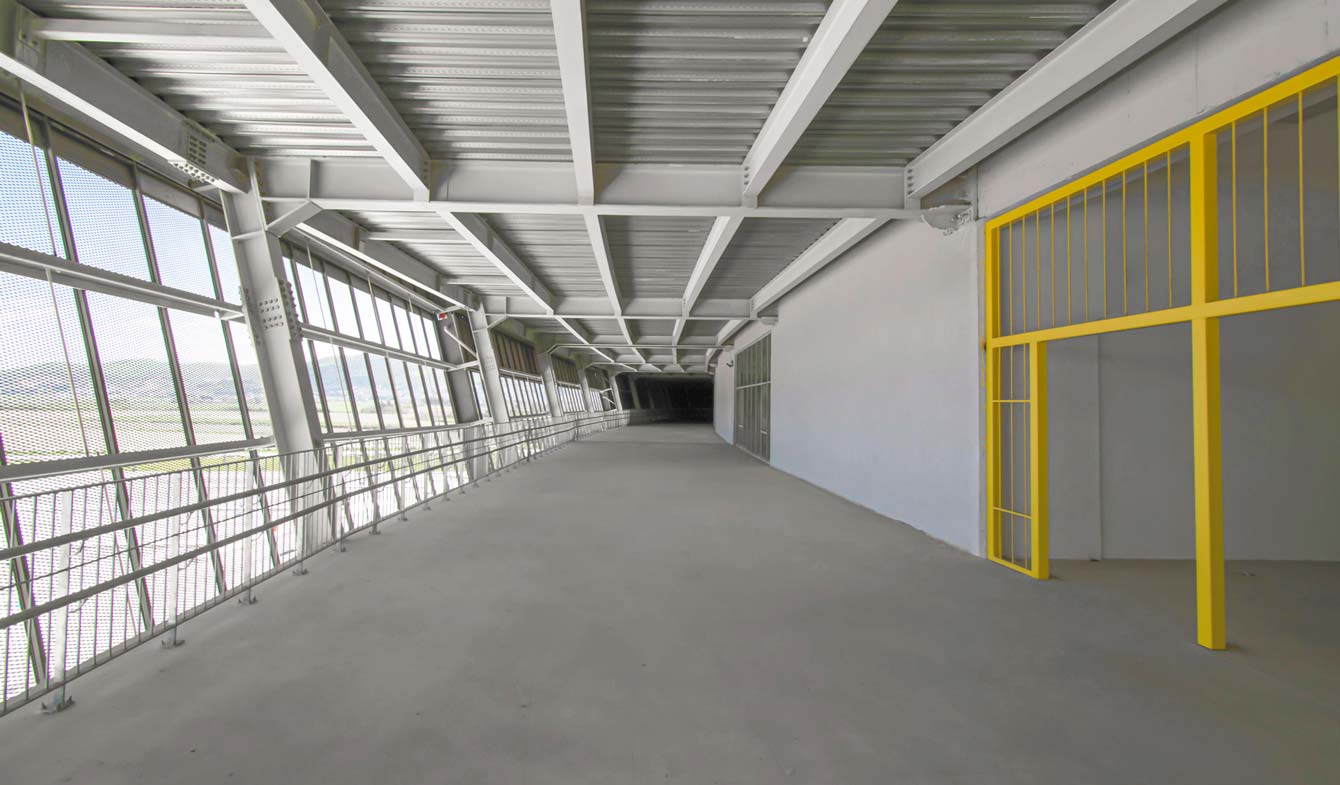 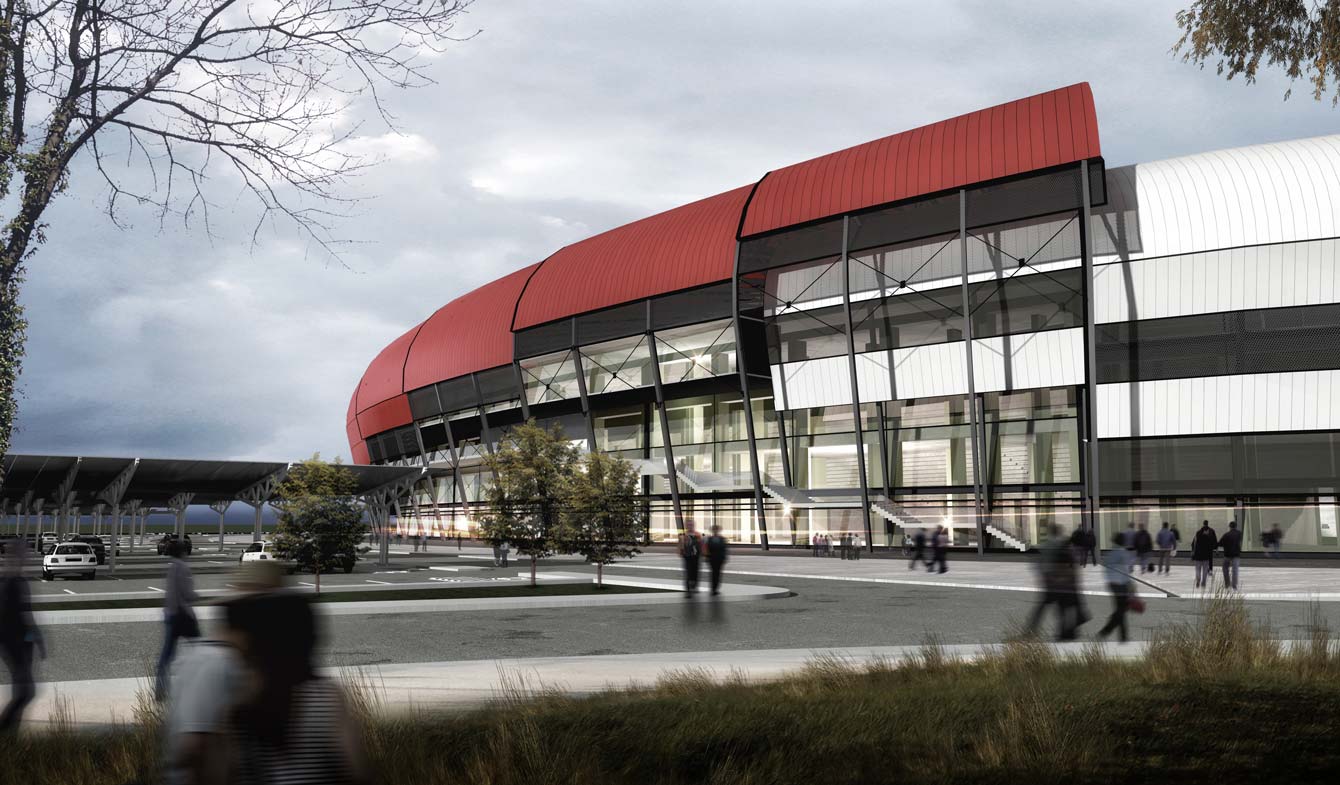 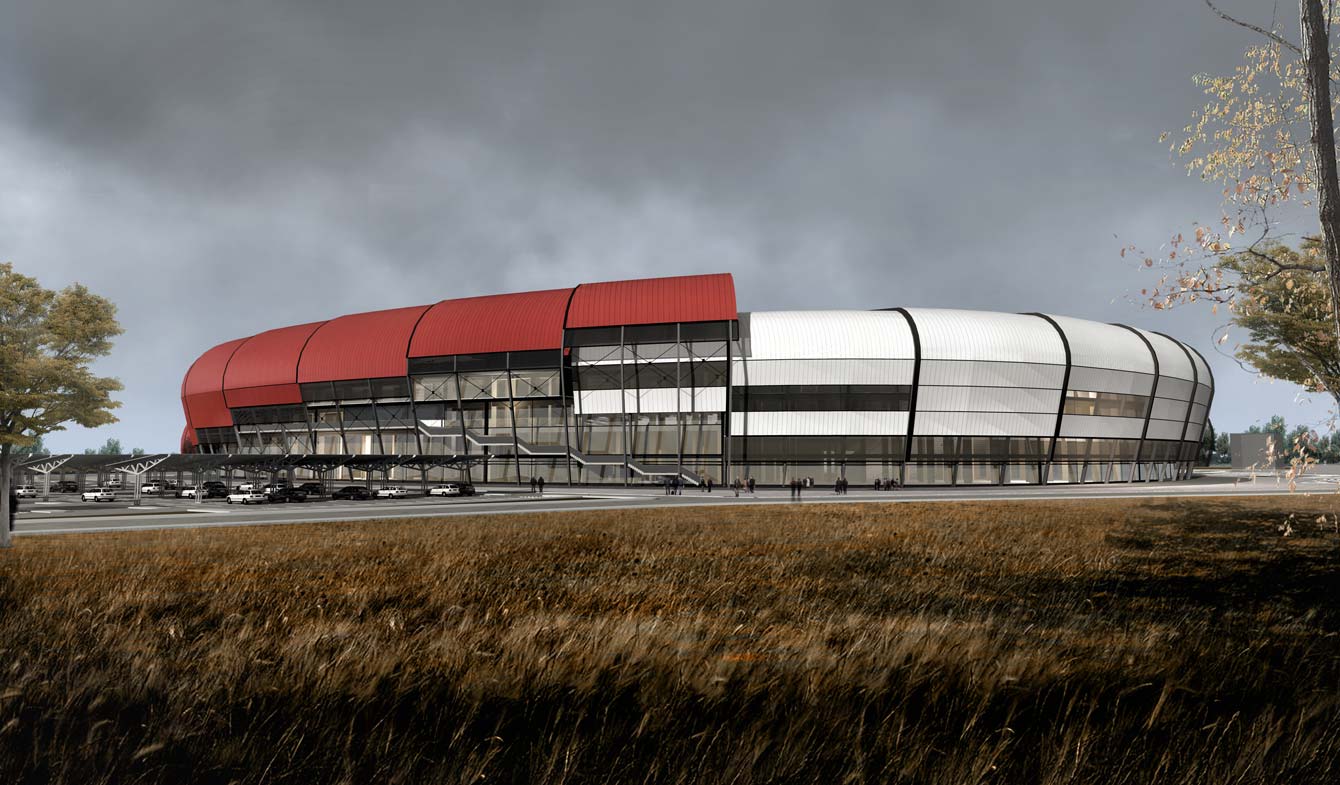 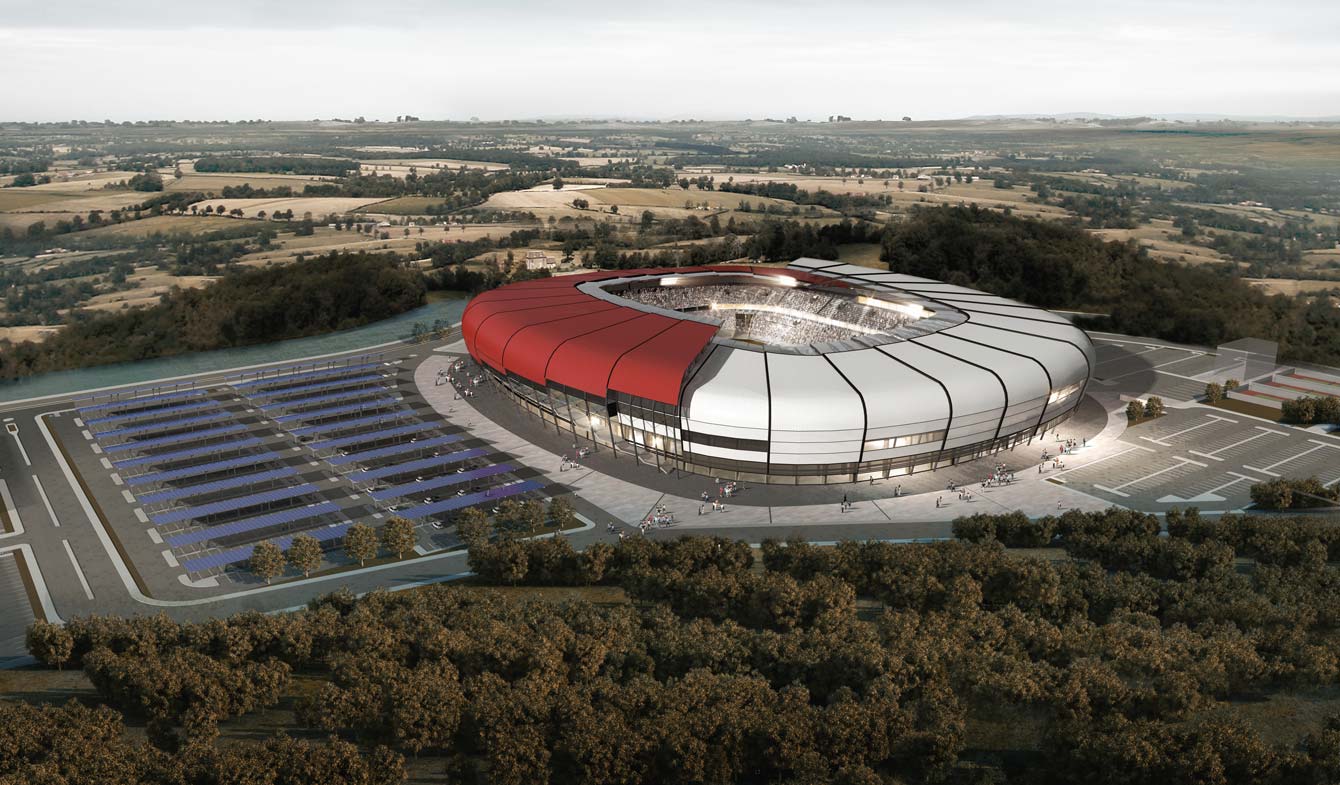 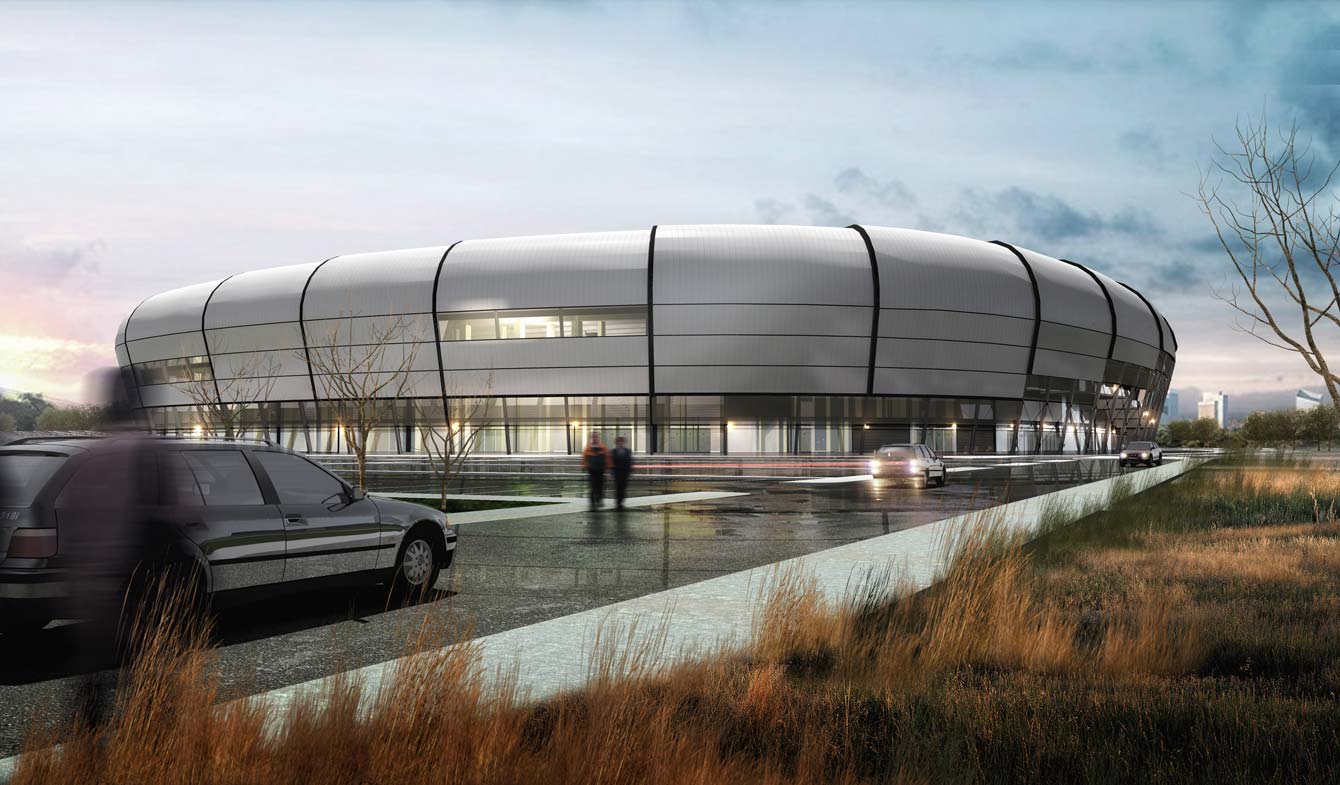 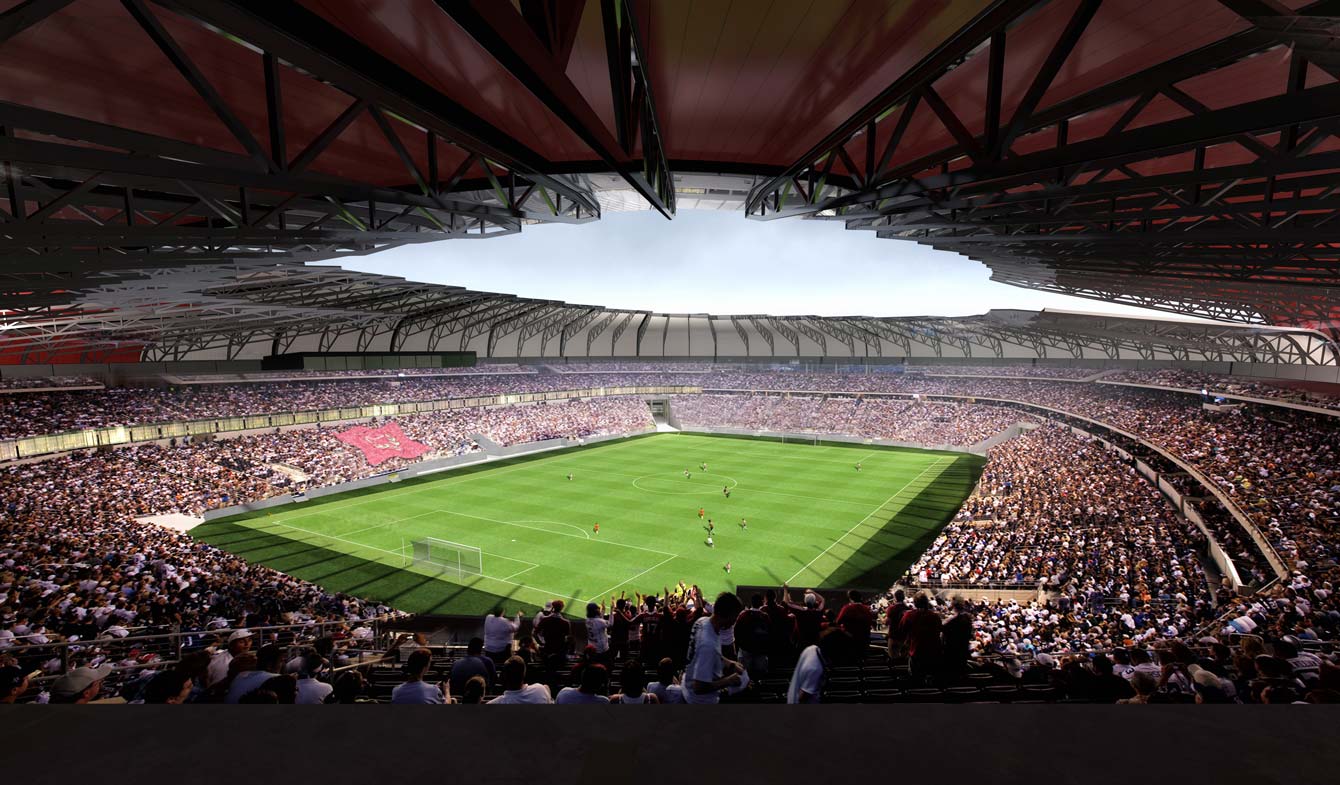 Historical Context and Design Editing
Hatay has been home to many civilizations for thousands of years with its rich culture, nature and history. It having different rich cultures has a mission to integrate cultures. People having different religion, language and face live in there throughout history. The sport which is a piece of universal culture is an activity integrating different cultures and people. In this sense, the conceptual basic basis of project is a symbolic quest providing integration. Nested steel materials, building shells completing each other symbolize Hatay having people from different cultures.

Urban Context
Hatay Stadium aims to be an example for stadium of the future with its both dynamic structural form and materials used in building envelope. The statium in the important part of city provides rich spatial experiences for people in Hatay and contributes to city skyline and identity. The materials and textures creating cultural heritage of city have been used in the project area and in landscaping, it has been provided green view. Also, in the project area it has been created large hard grounds which do not hinder pedestrian transportation. Other than its sport facilities, stadium additionally offers green view by the landscape and activity complexes where it is also a preferred location of daily life in city.

Spatial and Functional Fiction
Hatay stadium with a capacity of 25.000 was designed according to UEFA and FIFA standards. Spectator stands consist of the lower grandstand having the capacity to hold 15,000 people and the top grandstand having the capacity to hold 10,000 people. Between these two grandstands, there are loges seeing football pitch. In west grandstand, it was designed referee rooms, observers’ rooms, changing-room for players, warm-up areas and different-sized rooms for pressmen. Also, for VIP and management, it was designed entrances, activity areas and rooms for various functions.
There are entrances in ground-floor (±0.00) of west grandstand for players, referee, VIP, spectators, protocol and pressmen. In ground-floor of North, South and East grandstand, there are entrances holding crowded audiences.
In the stadium, entrance and circulation areas for spectators, media, loge, VIP, player and security are separate from each others. Also, around the stadium, there is a sufficient number of parking for spectator, VIP, pressmen, protocol and team bus.

Materials and Structures
In the grandstands, it was used reinforced carrier system and in roof and its facade, it was used steel systems. While structures system was being created, it was preferred a modular system providing ease of manufacturing and assembly.

Ecological Approach
In the project, there are opportunities according to climate of Hatay such as direct sunlight control, gain of daylight, natural ventilation, solar and wind energies. It was implemented criteria of energy-efficient building design aiming to eliminate problems caused by global warming in this project.
In the summer, sunglow is kept by materials used in building envelope. Thus, grandstands under the roof stay at the optimum temperature. At the same time, it is provided ventilation of heated air through slit on side facades providing passive wind energy. Convex curve in the side facades provides shadow areas. It has been made rainwater canals in the roof and has been provided water recovery by 3rd plumbing system.