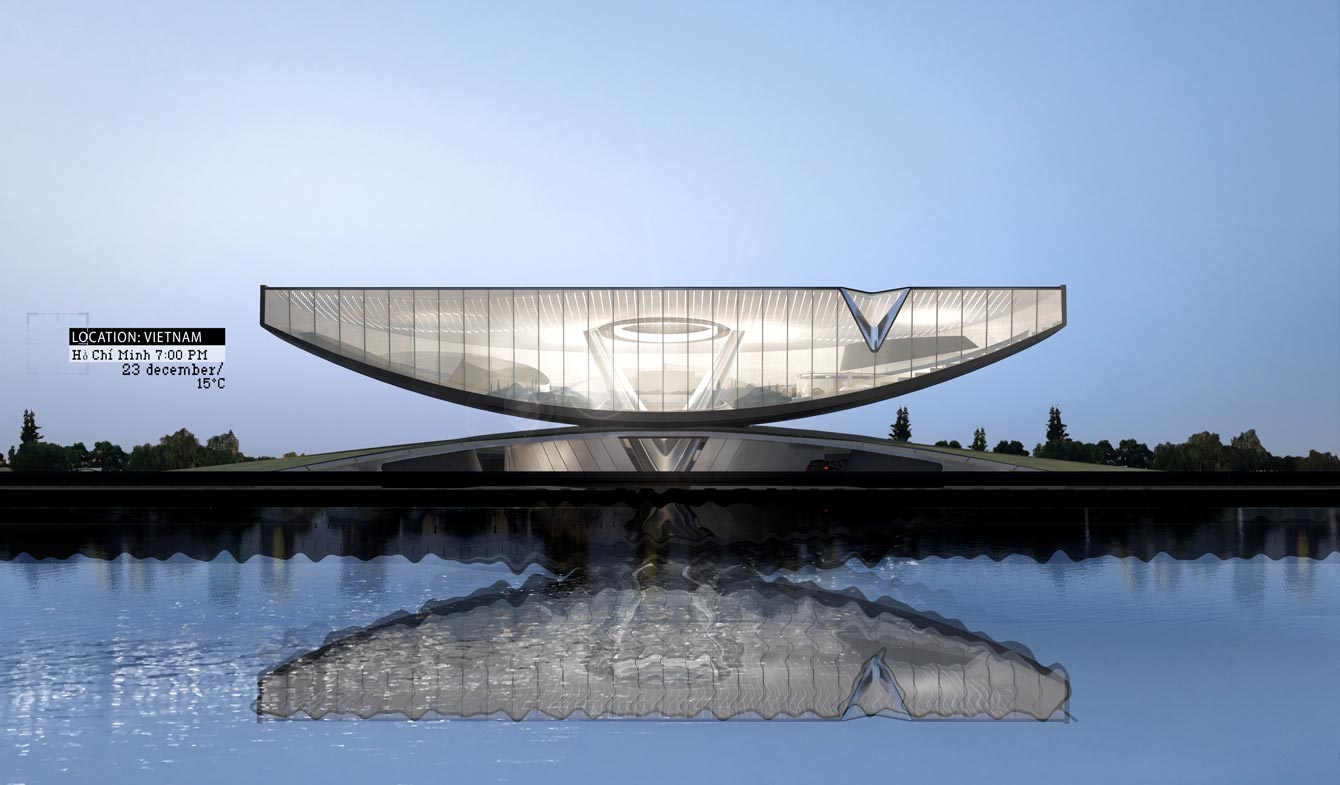 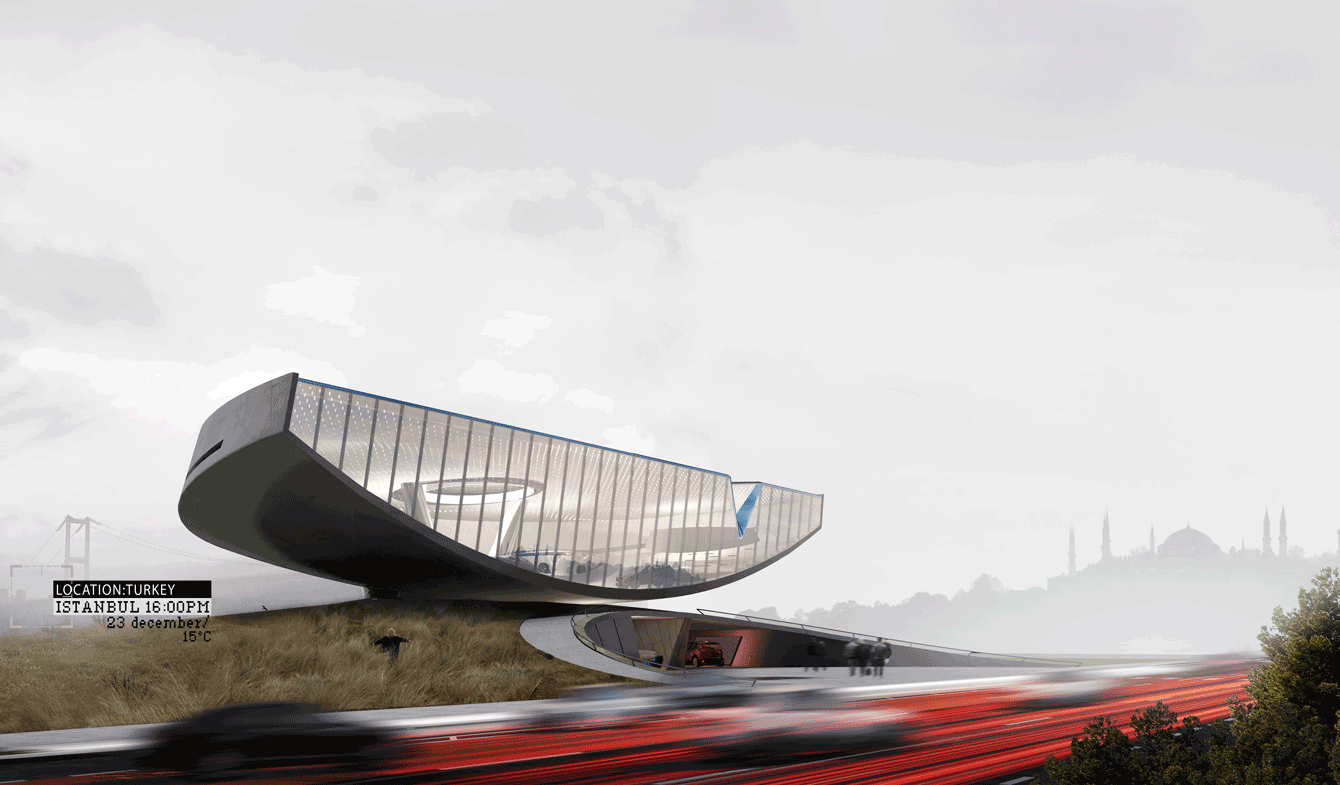 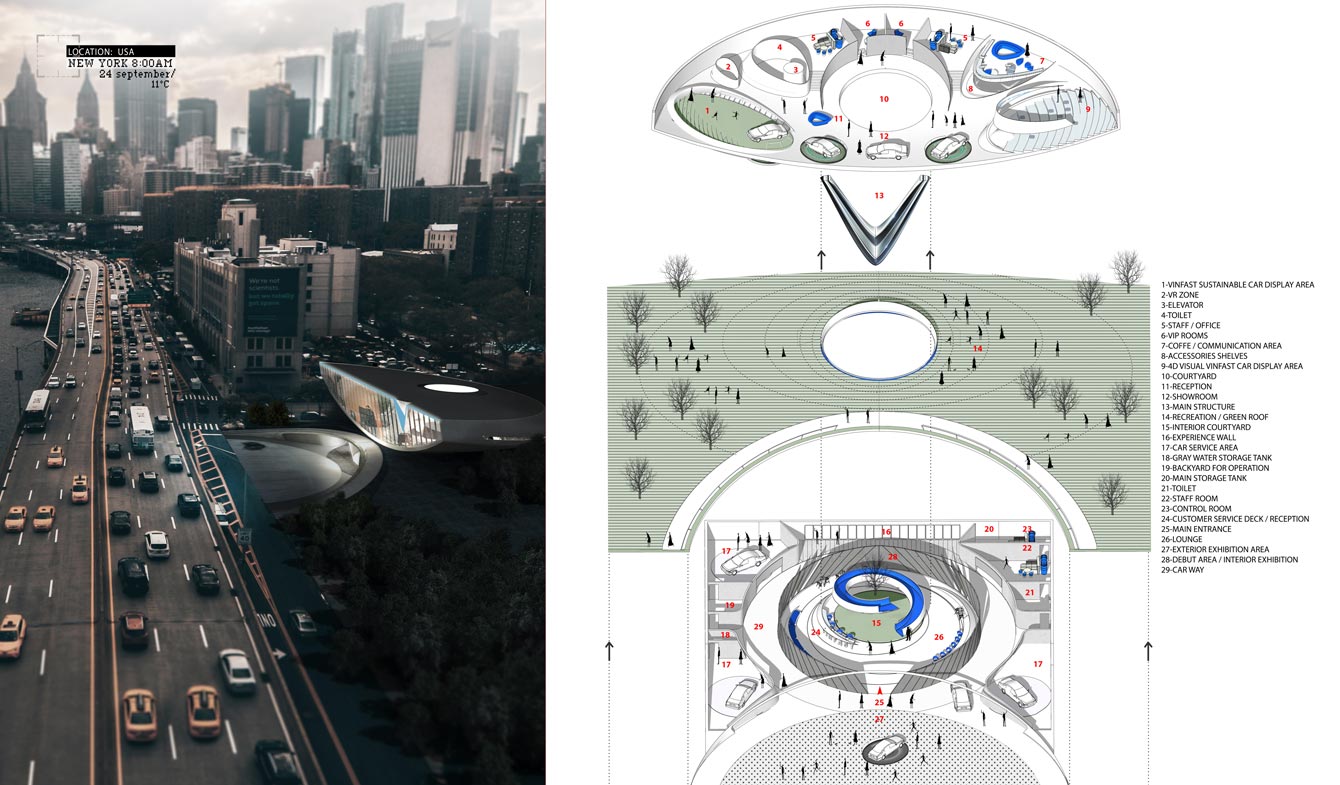 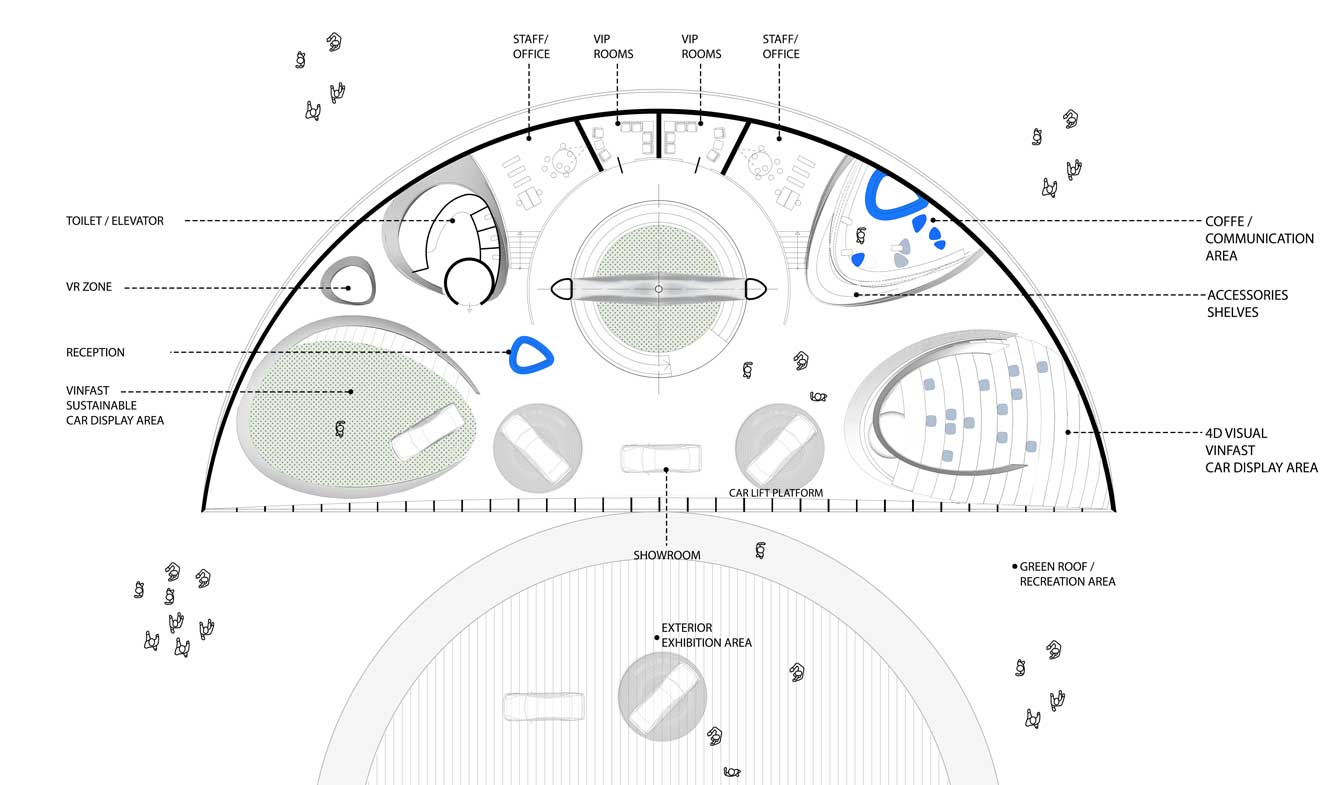 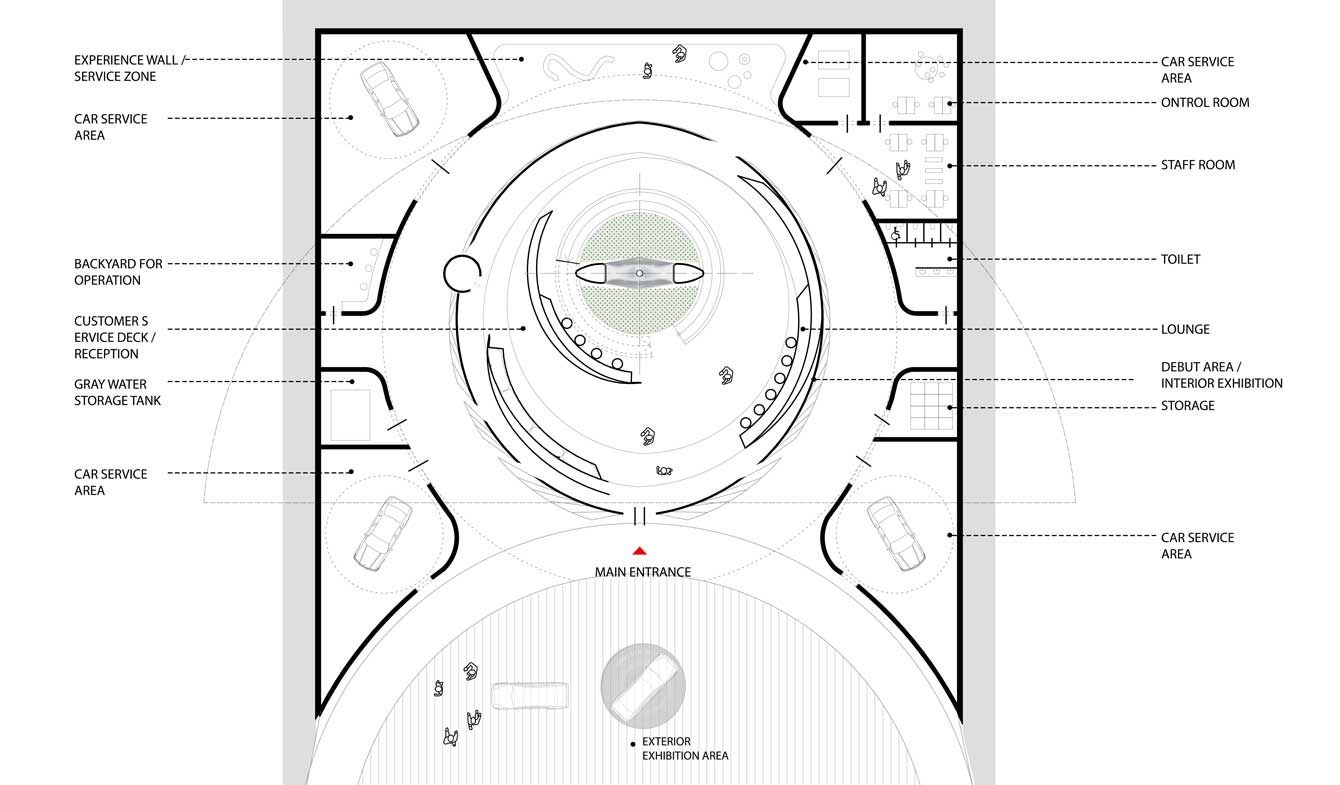 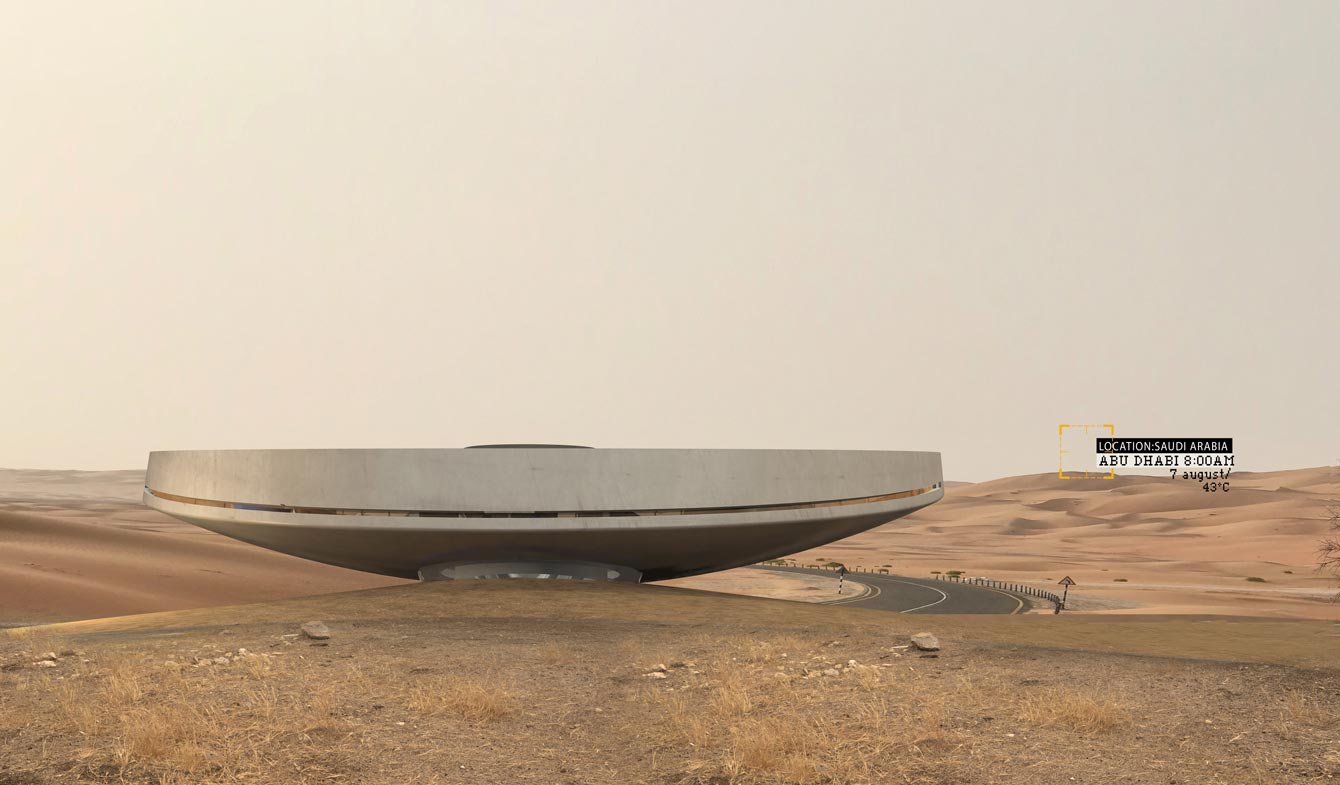 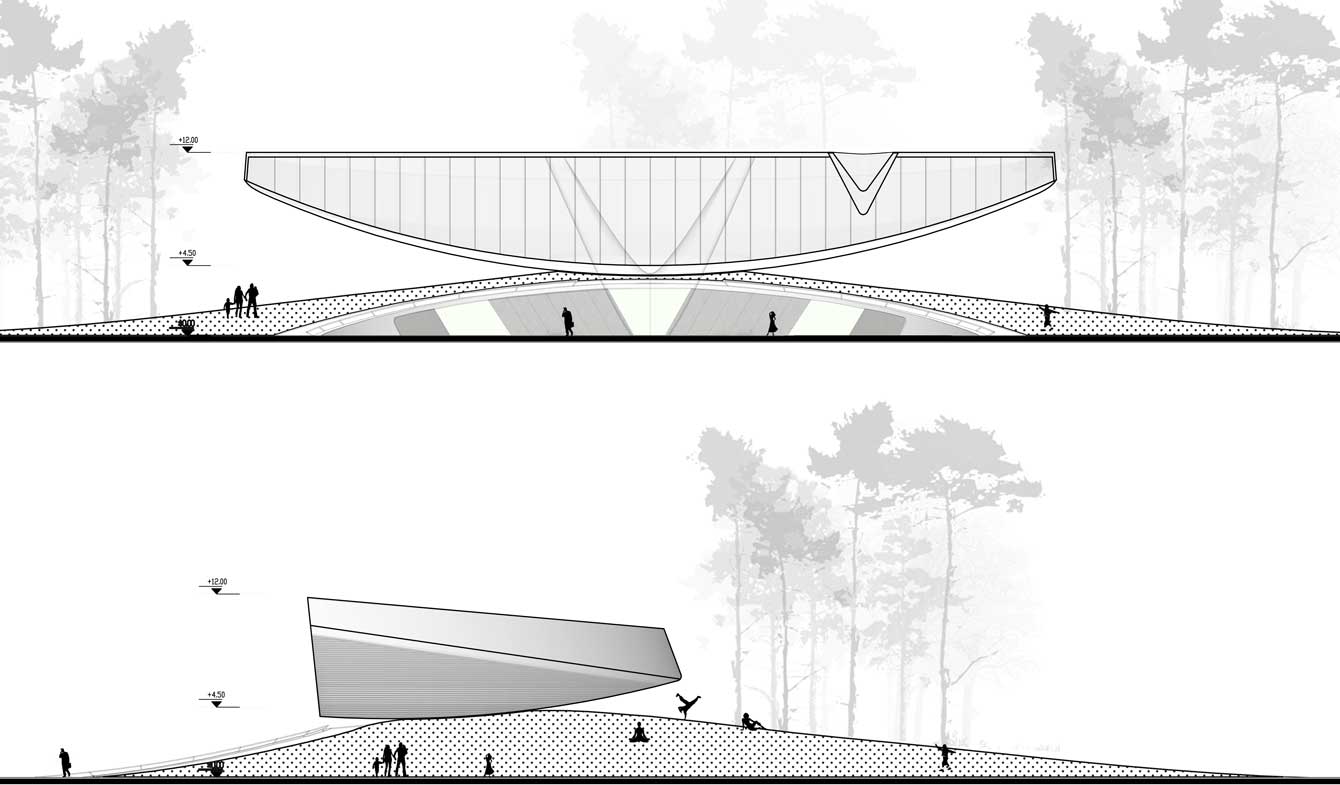 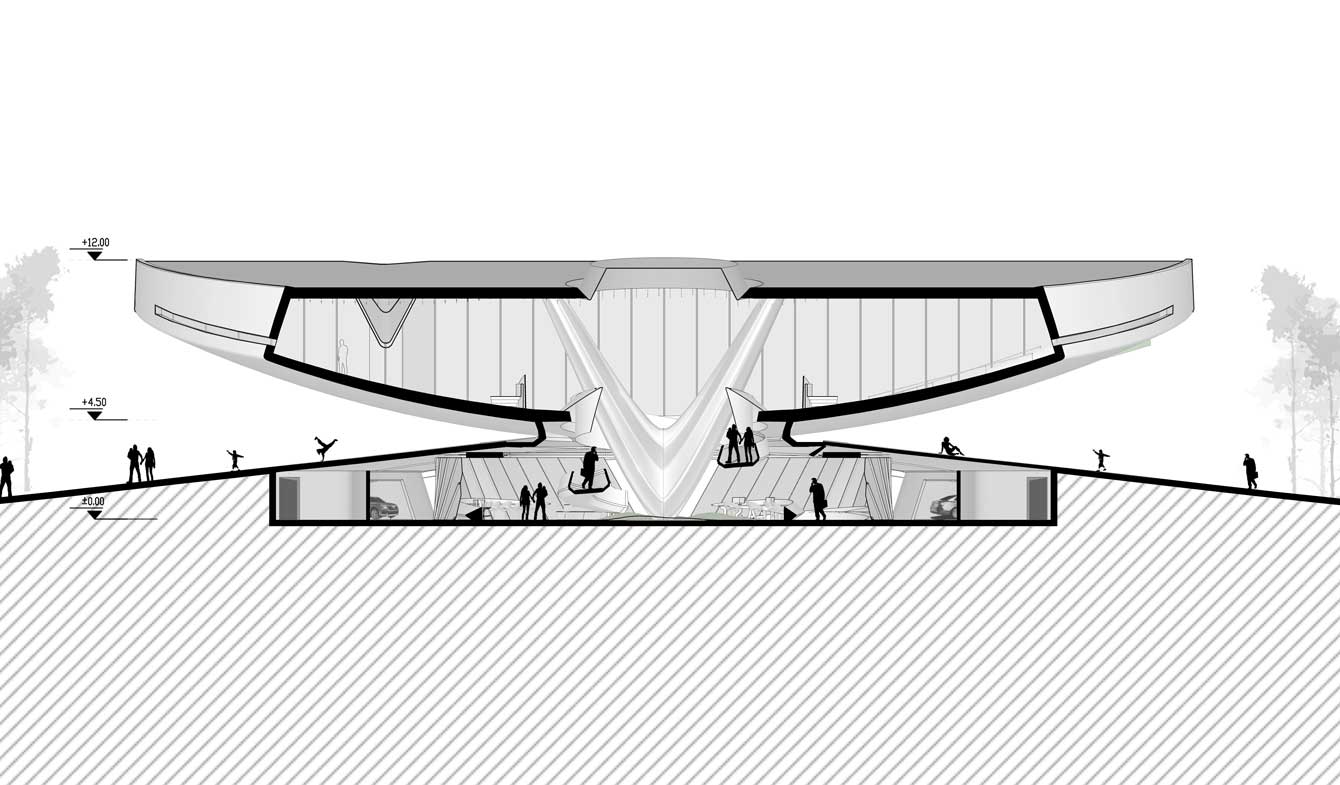 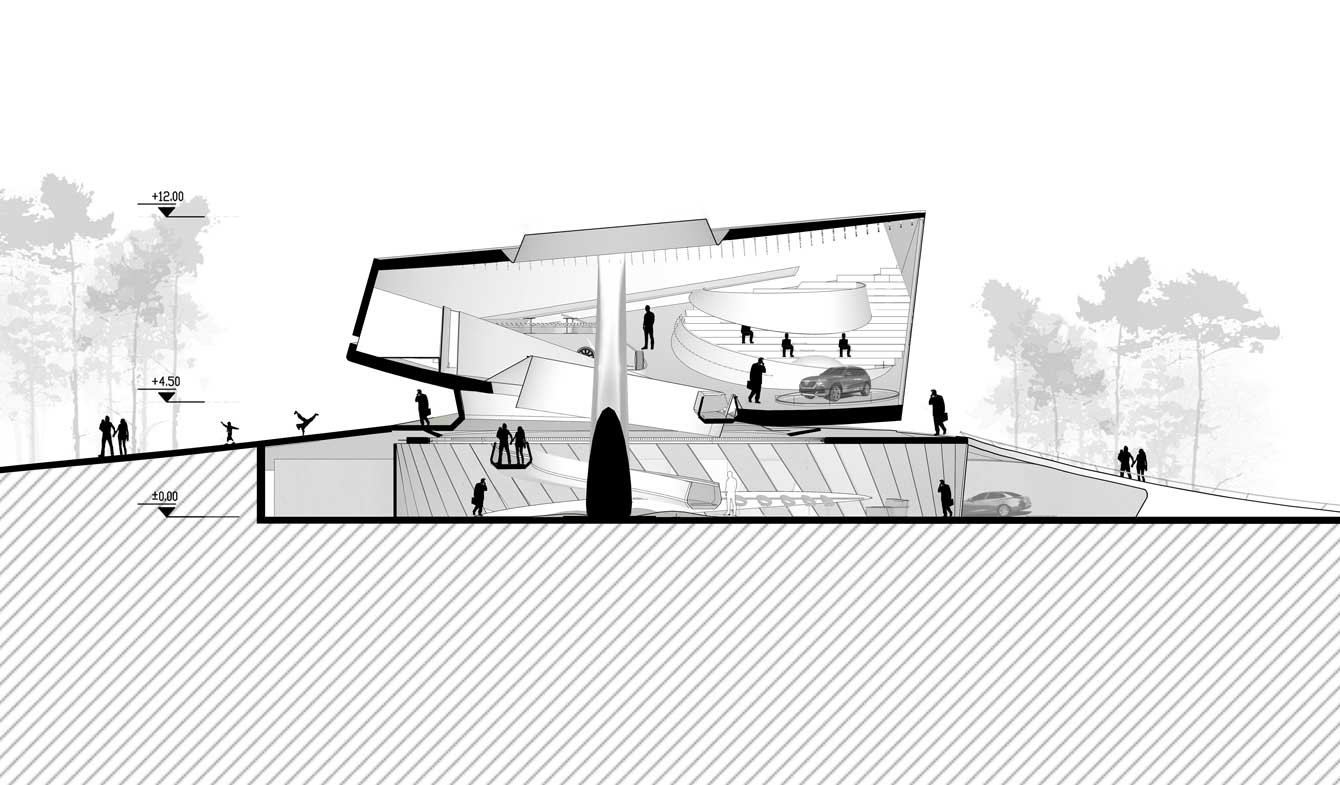 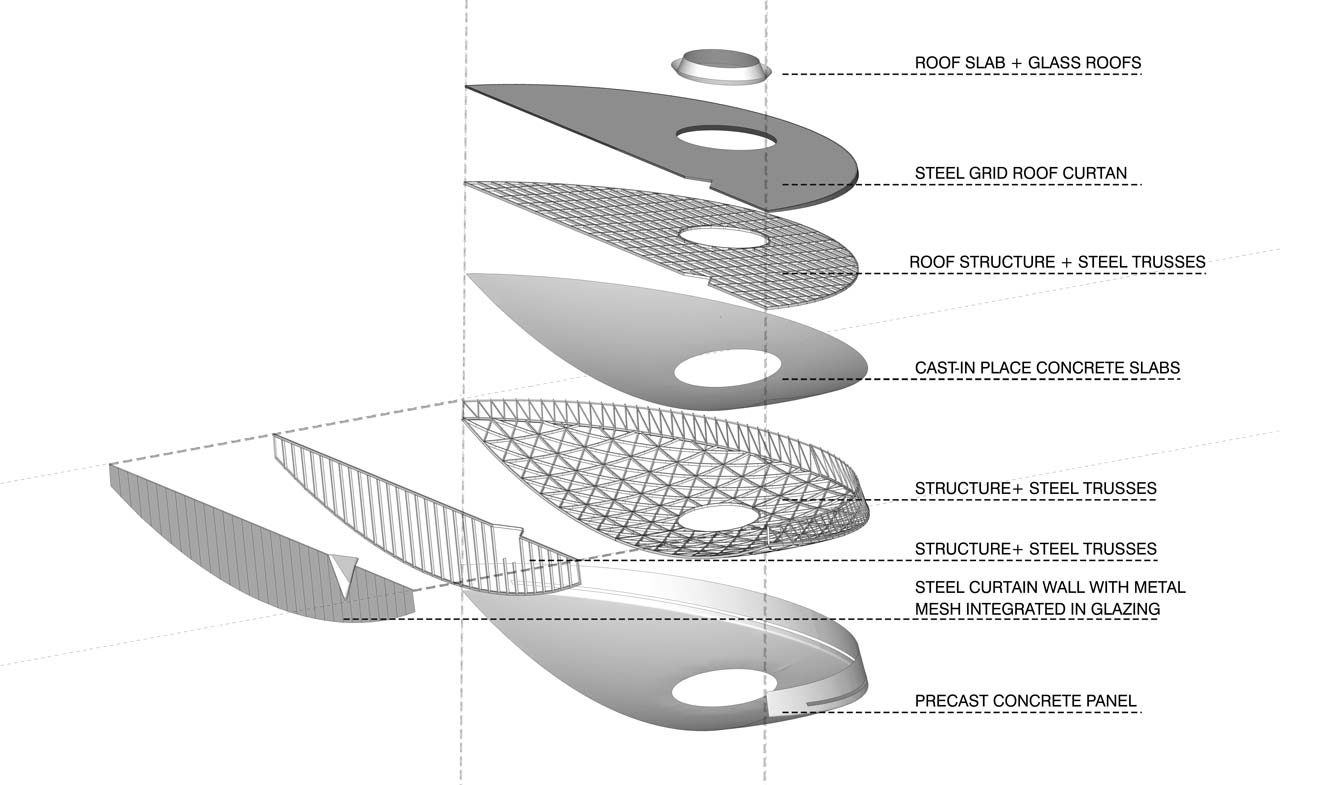 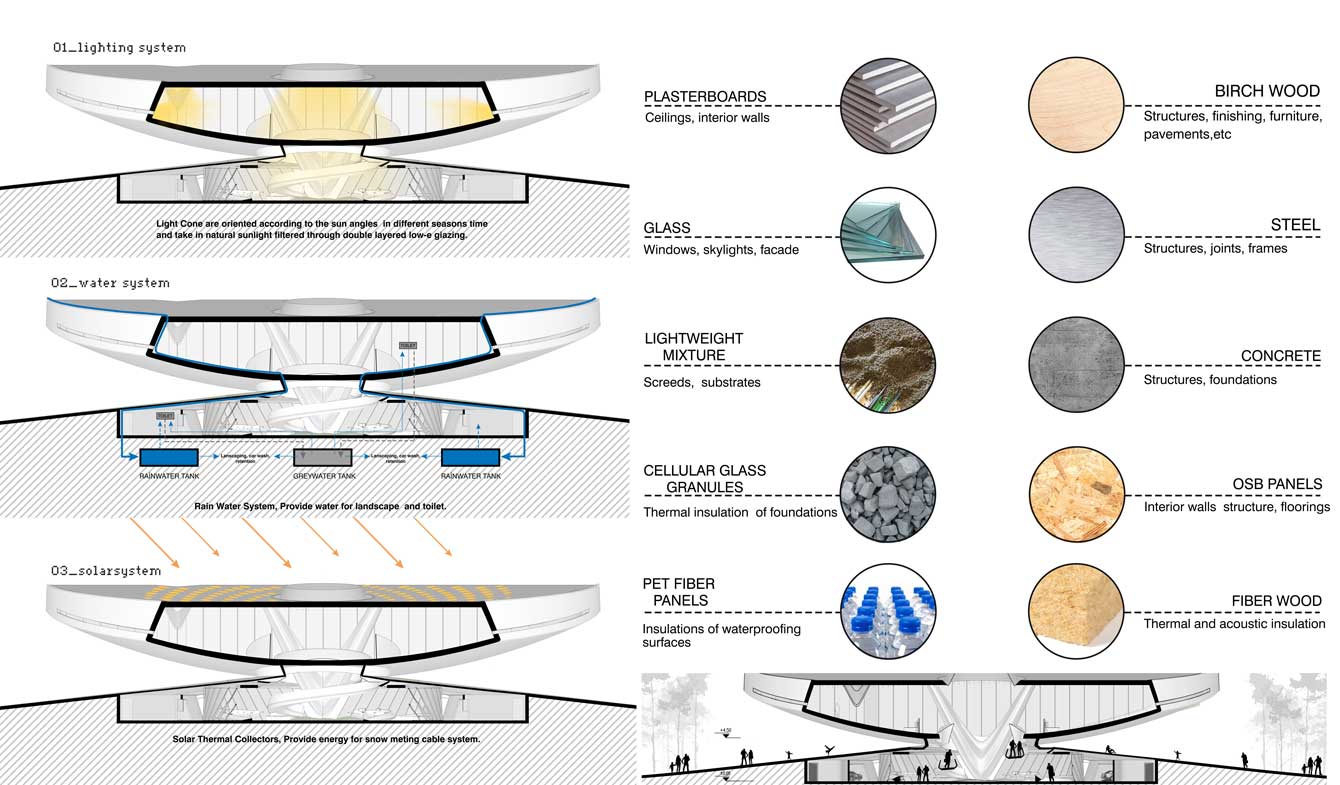 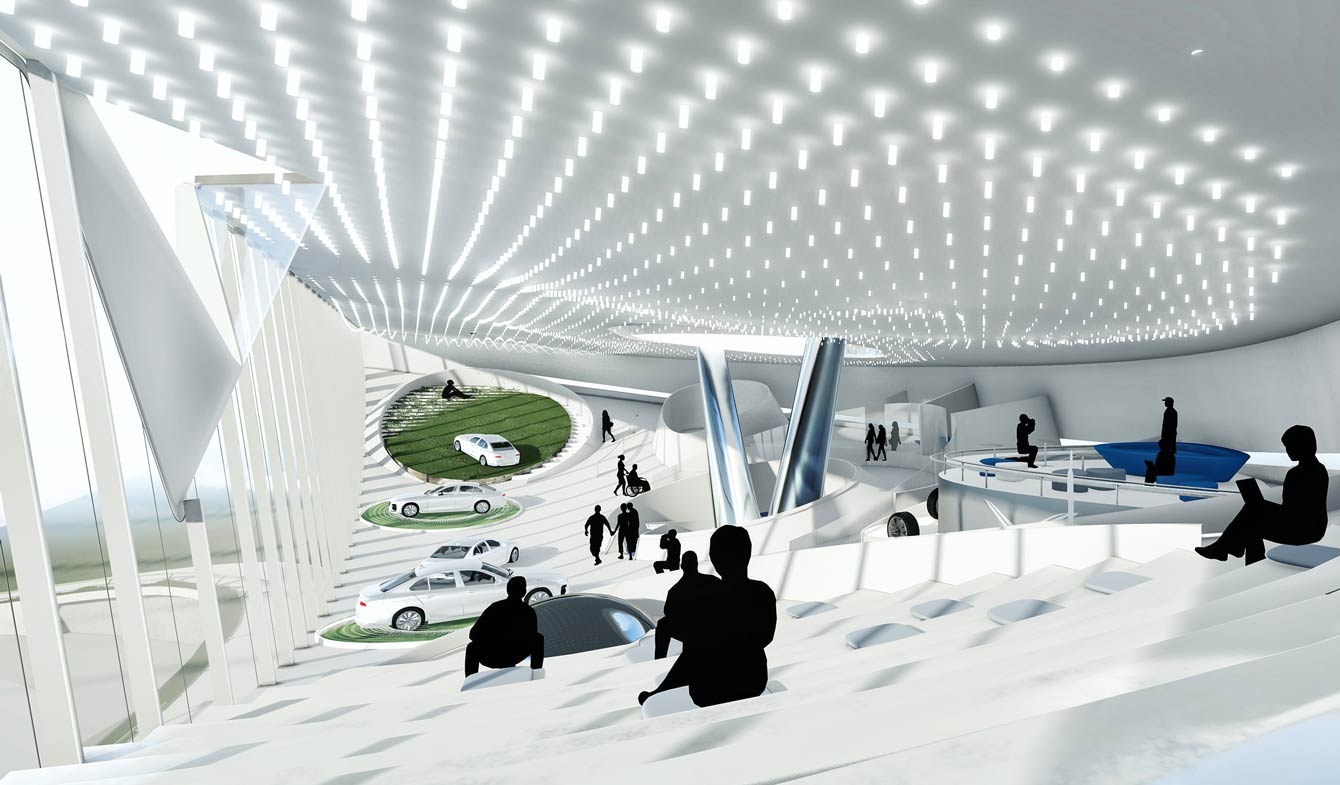 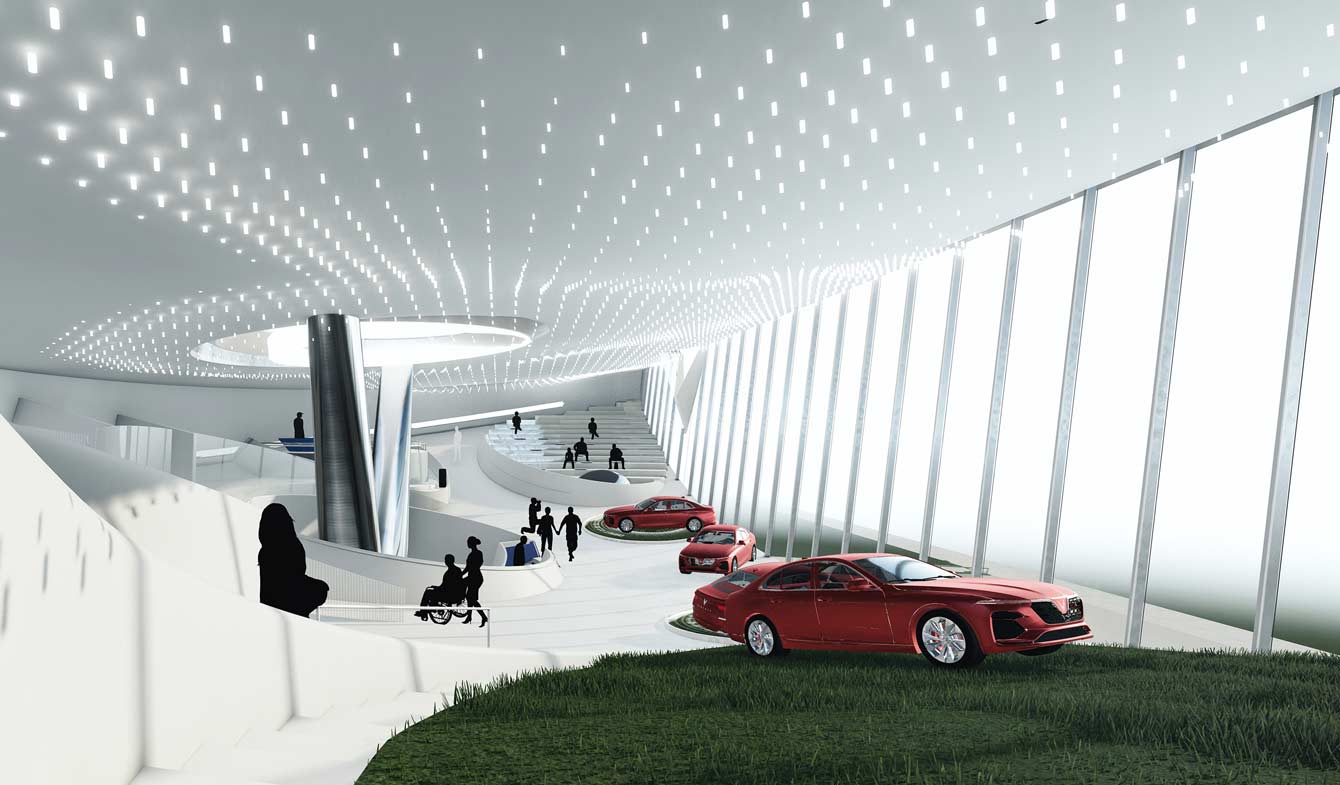 The rapid industrialization in the last century and the automotive sector that developed accordingly have caused a serious increase in carbon emissions and a dramatic change in the natural environment. At this point, we aimed to make the sustainable nature-friendly approach that VinFast draws for the future in the automotive sector felt in all lines and details of the building. Our design was ‘THE LINK’ which Vinfast established between ‘THE FUTURE’ and ‘NATURE’.
We built this setup as the structure of two convex and concave cones, symbolizing the future and nature, by taking the VinFast logo at the center of the building. The final geometry was not only a symbol, but also an important element determining the architectural function of the building. Because our aim was to turn the showroom function, which is isolated in the congested urban dock and occupying large volumes, into a center that allows the public to experience a sustainable relationship between building and nature! In the design, we first increased the public surface by gathering the service areas under the green roof, then we built a symbolic city roof with the showroom volume on this public surface. In the interior setting, a space where borders are blurred and emulating Vinfast’s slogan “TOGETHER, GO BOUNLESS” is aimed. Instead of static spaces composed of walls and floors, dynamic sharing spaces where people can spend time together are scattered throughout the building. The plain-curved form of the building carried this dynamism to the exhibition areas of the cars. We aimed to present the nature of Vinfast’s clean energy cars in an experiential way by bringing together green surfaces and vehicles in the exhibition areas.